MOSSACK AND FONSECA TO CLOSE, FINALLY 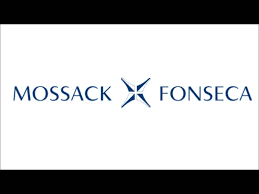 The Panama City law firm of Mossack & Fonseca, exposed by the Panama Papers as the favorite destination of corrupt Politically Exposed Persons (PEPs), tax evaders, and financial criminals of every stripe, has announced that it will close. Only a skeleton staff will remain, to answer court process and supply information to law enforcement, as needed. The firm came to symbolize the global use of offshore corporations as a financial obscenity that has no place in legitimate commerce.

The reasons stated by an M & F spokesman for the closing are telling:
(1) Reputational damage.
(2) The negative media coverage.
(3) The response of the financial community.
(4) Subsequent actions by Panamanian regulators, prosecutors and law enforcement agencies.

Whether the three senior partners of the firm will ever be convicted, one year after their arrest, remains to be seen. Some current leaders in Panama could fall, if the arrested M & F partners disclose their corrupt use of the law firm for financial gain.

The attorneys who worked at M & F have largely transitioned into other jobs; law enforcement seems to have no interested in prosecuting them, so er will be watching to see whether they follow in their former bosses' footsteps,  as attorney-criminals.