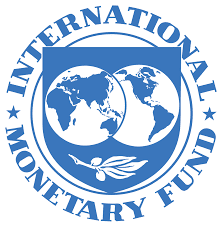 According to a person who has read it, the Government of Antigua recently sent a letter to the International Monetary Fund, asserting that articles that claim to expose the fatal weaknesses in its CBI program, and other acts of corruption, are harming its economy. The real reason for the complaint is much darker than the professed concern for the economy of Antigua & Barbuda.

(1) Whistle blowers are not seeking to tear down the CBI programs, but solely to force the governments of the East Caribbean that offer economic passports to actually conduct  Enhanced Due Diligence upon their applicants, and to decline all who are unsuitable. Applicants from high risk countries, such as Iran, Syria, Russia, and the Peoples' Republic of China, all must meet the generally accepted standards the CBI industry professes to follow. Otherwise, you have exploitation of the passports by career criminals, terrorist financiers,  sanctions evaders,corrupt Politically Exposed Persons (PEPs), and other unacceptable applicants.

(2) Even with bona fide CBI applicants, no country should be centering its national budget around the possibility that it will attract sufficient individuals willing to spend huge amounts of money for a passport from a low risk, Commonwealth jurisdiction. What if they fail to come ? Government's mission to create jobs, attract non-polluting industry, improve agriculture, and increase public services. Simply relying upon CBI income to pay your employees is not a long-term solution.

(3) the letter to the IMF blames whistle blowers for a decline in foreign investment; while articles critical of rampant corruption definitely scare off foreign investment, the real reason that there is anger at the publication of such information is that it reduces the chances that investors will arrive, and be hit up for bribes and kickbacks, in order to do business in the country. Scathing allegations of systemic bribe solicitations from Antiguan government officials permeate the stories prospective foreign investors tell us.

Antigua, either clean up your CBI program, or dismantle it. Otherwise, you may find that none of your real citizens will escape the consequences, when they seek to travel abroad, and are considered, at customs & immigration desks, CBI criminals who require interrogation, strip searches for cash and financial instruments, and a close inspections of their baggage, including cutting open the seams, to search for smuggled currency and documents.
Posted by Kenneth Rijock at Saturday, March 24, 2018