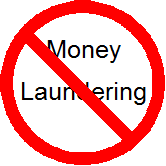 The Anti-Money Laundering Commission of the Republic of Panama has issued a list of 55 Venezuelan nationals considered to be High Risk for money laundering, terrorist financing, and financing weapons of mass destruction, together with a smaller list of corporate entities also blacklisted for that purpose. This is a major blow against the Government of Venezuela, and its senior leadership, many of whom have been accused of those very criminal acts by the United States.

Included on that list are President Nicolas Maduro,  Diosdado Cabello, the de facto number two in Venezuela, Tarek Saab, who is its Attorney General, Adan Chavez, the brother of the late Hugo Chavez, and many other senior government officials, as well as Politically Exposed Persons, or PEPs. 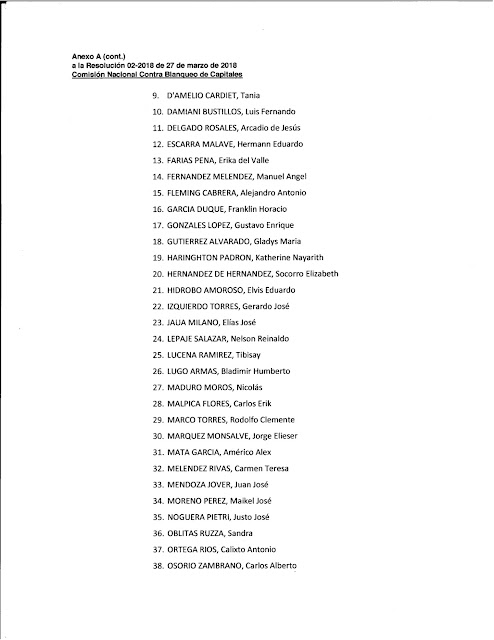 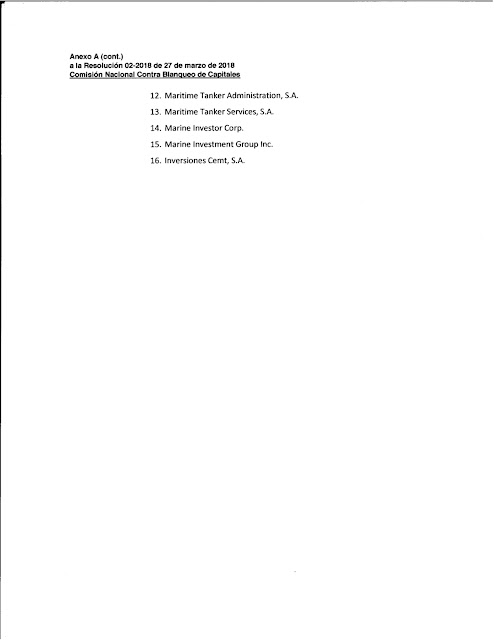 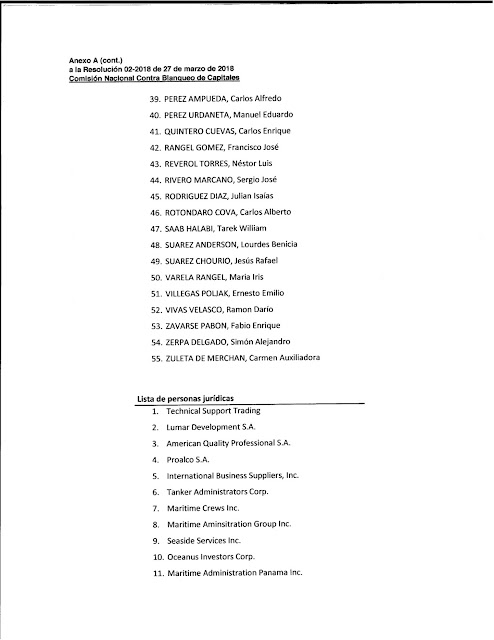