WE WHO LABOUR HERE SEEK ONLY THE TRUTH ABOUT ANTIGUA

The Prime Minister of Antigua & Barbuda has accused this blogger, as well as those individuals who publish our articles on other websites, of taking money from the Opposition, to write about Antigua's corruption, failed CBI, and illegal diplomatic passport programs. The Prime Ministers of Dominica, as well as Grenada, have made similar slanderous statements, and we suspect the leaders of St Lucia will get around to defaming us sooner or later. I do not accept, directly or indirectly, anything from anyone in the Caribbean, or elsewhere, to write about financial crime, wherever it occurs.

We seek only the naked truth, and the leadership of the five East Caribbean republics that offer CBI programs need to clean up the rampant corruption that exist in their houses. When there is true transparency in those nations, I will stop exposing each and every corrupt act that I uncover. Shoot the messenger is the last resort of the scoundrels who fail to serve the people that elected them in good faith. 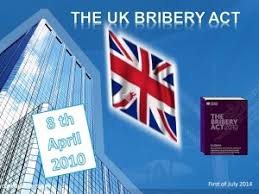