PRIME MINISTER'S REPLY ABOUT HIS $673,000 CASH PURCHASE IN FLORIDA IS NOT CREDIBLE 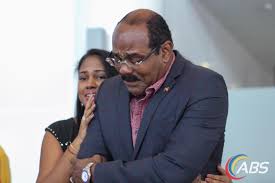 Antigua & Barbuda Prime Minister Gaston Browne, in responding to the exposure of a large real estate purchase, for cash, in Florida, strains credibility, and is frankly, an insult to the intelligence of the Antiguans who were told that nonsense on a radio program.

Here is what Browne said, and the truth of the matter:

(1) The PM said the true purchaser was his son, Gaston Browne III, not himself. The truth is that title was taken in the name of "Gaston A Browne," and the son uses Browne III as his name, according to Browne family members. The PM was the real purchaser.

(2) The PM said Browne III "buys and sell real estate," and purchased the Florida property with profits from prior sales. Browne III is an unemployed young college student in New York, with zero assets and no income. He could not possibly have accumulated over $600,000 in a few short years. This is another misrepresentation of material fact.

(3) The PM said it was an ordinary transaction. This is also not true; the mailing address, on the deed itself, is the office of a local real estate broker in Florida, not the street address of the property, which is the information generally listed, so that the annual tax bills go to the residence. One other point; process servers, seeking to locate the PM in the future, in Florida, will not have his address for service of court documents.

(4) The PM listing of himself as a "Single Man," is an intentional effort to disguise the ownership of the property, as well as prevent Stanford International Bank creditors, or the Receiver,  from seizing the property, to recover assets for victims of Allen Stanford's massive Ponzi scheme.

We trust that now our readers understand that Browne's radio statement were merely smoke and mirrors, to confuse and mislead the listeners. He is the true owner of that expensive property.