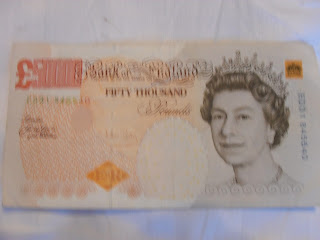 What you are seeing here are British Pound notes that have had their denominations altered, to turn them into high-value currency in amounts never contemplated, nor issued, by the UK Government. They were retrieved in South Korea, creating the presumption that counterfeiting operators in the DPRK have been busy, turning out credible products, when they are presented in countries where most individuals are unfamiliar with British currency. 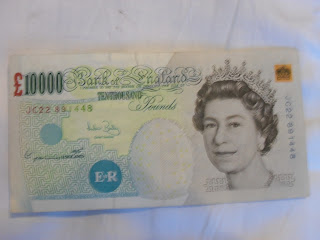 To the rest of us, a first look at the values inscribed upon the notes immediately causes those with experience with British currency to reject them out of hand, especially due to the variation in script regarding the values. I know that most of my readers would surely dismiss them as garbage, but others not so experienced may accept them, especially when seeking hard, Western currency, in exchange for local cash. 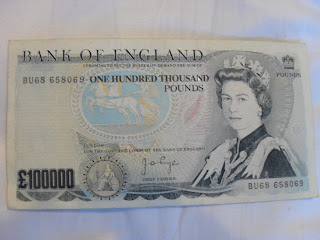 It is assumed that the North Koreans have exported these notes to disrupt, or damage, the UK economy, or to raise hard currency, as the DPRK economy is reportedly in serious trouble in 2018. These are known to have been warehoused in South Korea.