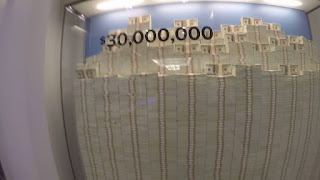 In 2015, the Prime Minister of Antigua and Barbuda,  Gaston Browne, brazenly declared, in an open meeting of Parliament, that his net worth was thirty million dollars. After being in office for only one year, his staggering wealth was larger than that of the presidents of most Fortune 500 corporations, and the question many Antiguans have been asking is: what was the Source of Funds ?

When asked about how he became a multi-millionaire, Browne, who had been a lowly clerk at a local bank, declared that it was from "consulting fees." Seasoned Antigua observers believe that it is really composed of:

(1) So called "Incentive fees," which were payments made, by foreign investors interested in constructing major real estate projects in Antigua & Barbuda. According to these sources, these projects were never built.

(3) Payments from Odebrecht and its subsidiaries.

Given that prime ministers are not allowed to engage in any acts that constitute a Conflict of Interest, and are prohibited from private business in general, a forensic audit of Browne assets in in order to determine whether he should be charged with corruption crimes, and his assets, wherever found, be seized and forfeited for the use and benefit of the people of Antigua and Barbuda.