Hamidreza Ghanbari, the Iranian national who is the CEO of the money laundering, Malta-registered Pilatus Bank PLC, and who has been linked to the $115m Iran sanctions scheme that resulted in the indictment and arrest of Ali Sadr Hashemi Nejad, the bank's chairman, by US authorities, has a Dominica passport. His filing, with the UKs Companies House, attests to that nationality.

Exactly how many other Iranians, evading international and American sanctions, have Dominica  passports, obtained through the corrupt government's "don't ask, don't tell" policy of handing out CBI and diplomatic passports to anyone with a pile of US hundred dollar bills, we cannot say, but there may be hundreds. No wonder Dominica is on the radar of so many law enforcement and intelligence agencies. They do not know how many Alireza Monfareds there are working for the Iranian regime, so equipped with. those prized Dominica identity documents. 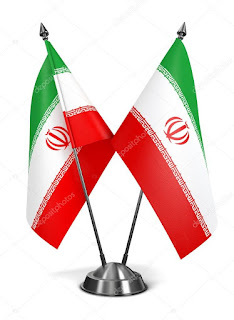 Perhaps the Ali Sadr case, with the full might of the United States Department of Justice behind it, will break open Dominica's secret list of 500+ illegal diplomatic passport holders, and Chinese intelligence agents, North Koreans, Russian organized crime, pro-Assad Syrians, and dozens of Iranians, will all fall out into the open sunshine.
Posted by Kenneth Rijock at Monday, March 26, 2018