WILL EUROPEAN UNION FINALLY DESIGNATE HEZBOLLAH AS A TERRORIST ORGANISATION ? 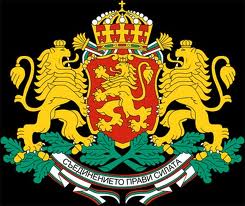 The Government of Bulgaria apparently, in the aftermath of the Hezbollah bus bombing, arrested an Iranian agent believed to be working with Hezbollah. The agent, who was apprehended in the act of conducting surveillance upon potential Jewish targets, was a dual-national, and was carrying a valid Canadian passport.

Perhaps it now up to Bulgaria to push the imposition of EU sanctions against Hezbollah, since its territory was exploited by that terrorist group to plan and execute its attack. Such a designation will finally stop Hezbollah fundraising in Europe, and it may seriously disrupt its terrorist financing schemes. it is way past time for the EU to stop being politically correct, and recognise Hezbollah for what it truly is, an anti-West, radical global terrorist organisation.