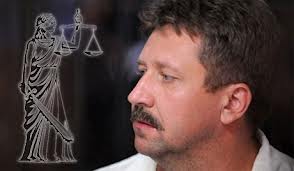 Russian media has reported that  Alexei Binetsky, a Russian attorney, has announced that he is forming a team of attorneys to represent convicted arms trafficker, Viktor Bout. Albert Dayan, his original trial, and currently appellate counsel, will continue on with the pending appeal of his conviction, according to Binetsky, but the new lawyers will concentrate on other matters.

Attorney Binetsky reportedly lived in the United States for several years. His new team will focus on the international law aspects of Bout's arrest in Thailand, and his subsequent extradition to the United States, where he is currently serving a 25-year sentence. Public opinion in Russia strongly believes that the Viktor Bout case was purely political, and that his extradition, trial and conviction were all improper, and done for purely political reasons.

The Thai court system initially declined to extradite Bout, and the US Department of Justice then obtained a second indictment. Thailand subsequently agreed to extradition in the first case. Legal observers have raised a number of issues about this controversial action, and some have accused the Thai Government of giving in to US pressures. 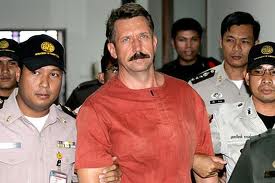 A complicating factor is the ongoing extradition, in the second Bout case, to the United States, of Richard Ammar Chichakli, Bout's alleged CFO/money launderer. Will Viktor Bout decide to testify against Chichakli, to reduce his long sentence, and thereafter will the US Attorney General transfer him to Russia, to serve his reduced sentence ? We cannot say, but we will be watching.
Posted by Kenneth Rijock at Tuesday, April 09, 2013