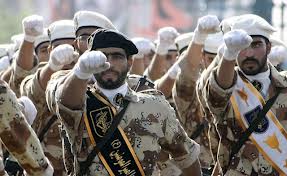 If you know your American history, you know that the Monroe Doctrine, promulgated almost two centuries ago by President James Monroe, states that the United States will not permit any foreign power to extend its influence into the Western Hemisphere, and reserves the right to take unilateral action as part of its inherent right of self-defence.

The resolve of the United States is about to be tested, as reliable sources have stated that Iran now intends to send a contingent of its Revolutionary Guard Corps to assist the regime in Venezuela, and for other unspecified purposes. Whether the individuals posted to Venezuela are members of the IRGC elite force, the Al-Quds Force, which operates outside Iran, is not known, but the odds are that this
special forces-type subgroup will compose at least part of the complement.

How does one transport soldiers, without  alerting the global press, you ask ? Expect the IRGC contingent, whose proposed size is not known, but is believed to be substantial, according to the sources, to arrive in stages, disguised as civilian workers, including technicians for the Iranian factories located in Venezuela, oil industry laborers, and a number of other innocent occupations.

The high security measures in place, within the military area of the Caracas airport, allow unmonitored entry via air transport from the Middle East. Note well that, in the past, Venezuelan nationals who have attempted to photograph coming-and-goings in that restricted area, have been fired upon by the authorities, and some have been killed, without any government accountability.

The question remains: will the United States, which has pointedly ignored the presence of Hezbollah inside Venezuela, respond to Iran Revolutionary Guard Corps troops and agents there ?

From a financial viewpoint, Country Risk levels in the region may increase, especially if the very presence of the IRGC is deemed to be an issue , both within and without Venezuela. The civilian population, especially the Opposition, may believe that there is a clear and present danger that the country will degenerate into a police state. Will Venezuelans see a parallel to the previous Syrian military presence in Lebanon, and seek to expel them ? Stay tuned for updates.
Posted by Kenneth Rijock at Friday, April 26, 2013