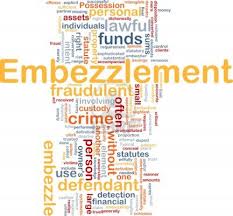 If you are the victim of a financial crime, take immediate action to seek the arrest of the perpetrator for his crimes; never seek to obtain a payment schedule, civil settlement or accommodation with the criminal, lest you end up being twice a victim. Readers who have been following my long-running series, When White Collar Crime becomes Money Laundering*, know that to be true. In that case, the failure of the victim to promptly prosecute an embezzler who stole six figures at her job, to the fullest extent of the law, resulted in the subsequent filing of a bogus civil case against the victim, which is still pending after 4 years, has not been set for trial, and has become an expensive nightmare for the defendant corporation.

Financial criminals see your efforts to soften the blow to them as weakness, stupidity, or both, and they seek to take full advantage of your good nature. Always turn these matters over to your attorney, who can best advise you on the most effective response.

Last week, the alleged embezzler's attorney took the deposition of a former expert witness in that case***, Humberto Aguilar, who is qualified in the field of money laundering. Both the plaintiff and her husband were present at the deposition, and assisted their attorney**** with the questions, but when information surfaced, that the expert had been visited and questioned by two agents from Immigration and Customs Enforcement (ICE), they both immediately left the country, presumably to avoid themselves being questioned by ICE. Both have been linked to the Cali Cartel and the Paramilitaries (Autodefensas). 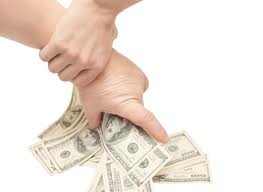 You will want to know why; Both the plaintiff, Lourdes Cajale, and her common-law husband, Didimo Alberto Navarro, are believed to be Confidential Informants for an American law enforcement agency, and it is believed that they have a well-founded fear that their prized US visas could be revoked, should it become established that they are have falsely and wrongly implicated innocent individuals, arrogantly alleging that their victims are laundering money. Cajale and Navarro could be thereafter dropped from the US Government programme, since it requires that information they supply be truthful.

One wonders why the US has not already terminated their visa privileges, stopped paying them for information, and charged them with the criminal activities, namely money laundering and embezzlement, that they perpetrated upon the victim. Unfortunately, whoever their handler is, namely the agent who supervises their activities, he has yet to punish them for their character flaws, so the bogus civil suit goes on and on. Frankly, he may feel that the actionable intelligence he receives from these CIs trumps any criminal conduct they engage in, but the Whitey Bulger case** case teaches us that this is immoral and illegal.

If there is a lesson to be learnt here, it is simple: when confronted with a financial crime, prosecute it
immediately, and insist that supervision (post-incarceration probation) not be terminated until all the money has been repaid, in full. Never seek to "make a deal" with a white-collar criminal, for it will probably turn a criminal case into a civil matter, and you will rue the day that you did.

There is an even darker side to the story; click on this blog article:Who is the ICE Agent Leaking Information ? 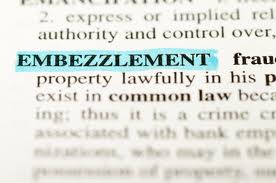 _______________________________________________________________________
* Available in the blog archives; go to the blank white search box in the upper left-hand corner, and type in When White Collar Crime becomes Money Laundering, to access the seven articles.
** Bulger was a career criminal in Boston whose homicides, and other major crimes, were intentionally overlooked by the FBI agents who handled him as their Confidential Informant. The agents are now themselves doing time in Federal Prison; Bulger, who fled after being tipped off by the agents to his indictment, was finally captured, and is in custody.
*** Lourdes Cajale vs. Atlantic Transport Trade Corp., Case No.: 09-64119 CA 15 (Miami-Dade Co. Cir. Ct.).
**** Though Miami criminal defence attorney Richard Diaz is counsel of record for the plaintiff, the attorney taking the deposition, who works in his office, is reportedly related to the plaintiff.