WHO IS THE ICE AGENT LEAKING INFORMATION ? 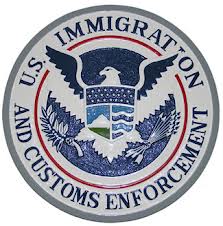 If you are wondering why there is all this interest in my recent article, Embezzler who Sued Employer flees the United States*, both in Colombia, and in the United States, it is the back story. It is one thing when law enforcement casts a blind eye to criminal activity of one of its valued Confidential Informants, but another thing when a sworn law enforcement agent engages in his own version of WikiLeaks, for the benefit of a friend, who is definitely not entitled to law enforcement sensitive information.

Of course, we all all interested in the primary focus of the article, the story of two career criminals from Colombia, who  reportedly possess the valued "S" Visa, which allows them multiple entry into the United States, in exchange for information on the criminal activities of others, all under the supposedly firm supervision of a US law enforcement agent. Unfortunately, the supervision has failed to clamp down on a very public bogus legal claim, brought by a victim of their white-collar crimes.

The real issue is the reputed fact that a certain law enforcement agent, who shall remain unidentified here, has been sharing restricted information with one of the lawyers representing the two career criminals, allowing them to further victimise the former employer of one of the Colombians, and subject it to a totally bogus criminal investigation. This information allowed counsel to smear the victim's reputation with allegations of criminality, and put it on the defensive. After four years, clearly justice has not been done.

Will the disclosure of the agent's identity result in the end of his career, and what about the lawyer, who knowingly accepting classified intelligence that he or she knows, or should have known, is restricted to sworn law enforcement personnel ? When law enforcement, and officers of the court, break the law, what is the remedy ? Watch this blog for the answer.