PONZI SCHEMER'S BANK SHARES GO UP FOR AUCTION BY US MARSHALS 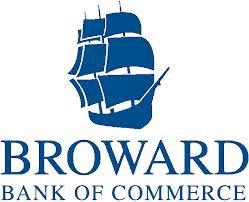 Back when I worked in a Compliance Department, a decade ago, we had a rule: All owners of 10% or more of a corporation that wanted to purchase investments had to undergo a due diligence review, to ascertain their suitability, and by derivation, the suitability of the company, as a client. Soon thereafter, I noticed that a number of corporations came in with several shareholders owning exactly nine percent; I assume that some of the Accounts Representatives had disclosed the share ownership ceiling compliance policy to prospective clients.

I then reduced the ceiling on ownership percentage, where we would not check out shareholders only if their shares represented less than five per cent, correctly reasoning that it would be too difficult for clients to find 25 people in their group, to avoid and evade due diligence; It worked.

This week's news is an official announcement*, by the US Marshals Service, that it will be auctioning off 150,000 shares of common stock of Broward Financial Holdings, Inc.,  the bank holding company parent of Broward Bank of Commerce. The shares being offered, owned by convicted Ponzi schemer, former Fort Lauderdale attorney Scott Rothstein, immediately reminded me of the above situation.

Why ? Because Mr. Rothstein elected to purchase shares that constituted exactly nine percent of the bank. A purchase of a larger portion of the bank's stock requires regulatory approval. Certainly he had sufficient funds to purchase a larger share.Was he concerned that regulators would stumble into his artfully concealed Ponzi scheme ? I would like to think that the answer is yes, but we probably will never know.