OFAC PENALTY DEMONSTRATES THAT IT HAS A LONG REACH 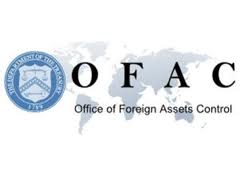 This month's OFAC Enforcement Information press release shows that the Office of Foreign Assets Control has a long memory when it comes to sanctions violations. A Southern California corporation was fined $22,500 for shipping nutritional supplements to Kuwait, when it had knowledge that the goods were destined for an Iranian end user.

The date of violation was 30 September, 2007, six years ago. That's a long time ago, in the business of international trade. It is not known whether the delay in imposing the fine is due to the work backlog at OFAC, or in the investigation.

OFAC stated that the company "acted with reckless disregard for US sanctions requirements." It also did not fully cooperate with the OFAC investigation. Ironically, the shipment would probably have qualified for an OFAC license, according to the filing.