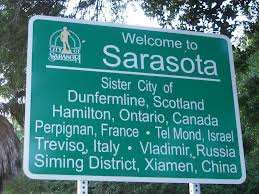 A South Florida media source recently obtained a number of documents about a Saudi family who vacated their Sarasota, Florida home in a hurry just prior to 11 September, leaving behind their three automobiles, furniture and furnishings. One of the residents* was linked, in Venice, Florida, to two of the hijacker/pilots who flew one passenger jet into the World Trade Centre, and another into the ground in Pennsylvania.

What is bothering me about this matter is this :

(1) Apparently the FBI stated, back in 2002, that there was no connection with the 9/11 disasters. This was obviously an attempt to conceal details of an ongoing investigation.

(2) In releasing the documents to the media, a decade later, all names have been redacted (deleted). Only through other references, and the background knowledge of the journalist, were the identities of the hijackers, and the resident of the home, apparent.

(3) the names, addresses, and dates of birth, in the documents, are classified until 14 March, 2038, twenty five years from now. How can one justify this ? We are in the dark about a major suspect.

Bankers in Florida may have handled terrorist financing transactions for Al-Hijji, since 9/11, without knowing that he was a close associate of the hijackers. Inasmuch as the financial community is, for better or worse, part of the law enforcement effort, due to the USA PATRIOT ACT, we need to know who to watch out for; That is no too much to ask. Perhaps those career bureaucrats who classify such information should take into account the real-life problems faced by the banks that these suspects utilise.