Several years have passed, and the Government of Antigua has continued to refuse to extradite its principal banking regulator, Leroy King, to the United States, to face criminal charges in the Stanford Bank Ponzi scheme scandal. King has exhausted all possible legal remedies available to him, and the courts of Antigua have ordered his extradition, so why is he not in the dock in Texas, answering for the pending criminal charges against him ?

The reason: the corruption spawned by Stanford in Antigua, reached into the highest levels of Antiguan government, even to the office of the Prime Minister, and King would be required to answer tough questions about the government's sordid relationship with its former "knight." Individuals deemed untouchable in Antigua could then be exposed to criminal charges, and the existing government seeks to sweep all this under the carpet. 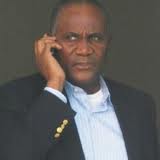 Leroy King had a close relationship with Stanford, initiated, according for former Stanford International Bank CEO James Davis, through a barbaric 2003 "blood oath," involving the cutting of their wrists, and intermingling of blood, conducted in the dark of night at an abandoned airfield in Antigua. If this sounds like something you would dismiss as fantasy, Davis actually filed a sworn statement about this matter in the Stanford Federal criminal case.


Antigua's economy has taken a severe hit since Stanford's Ponzi scheme unraveled, but until it extradites Leroy King to the United States, to face justice, any American relief probably will not be coming. Does that mean one should raise Country Risk for Antigua at this time ? Review the data, and make your own informed assessment, but it is a country with debt issues, a reduced offshore financial centre structure, and unanswered questions about who in government received bribes from the generous Mr. Stanford.