WHEN WILL SWEDEN CRIMINALISE TERRORIST FINANCING ? 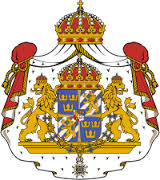 The refusal of Sweden to extradite an American citizen wanted for Espionage, on the reputed grounds that it is a "political" crime, and not permitted under Swedish law*, has uncovered a glaring flaw in that country's criminal code; terrorist financing is not a crime in Sweden.

A decade after 9-11, you would think that all the countries in Europe would have effective CFT legislation in place. It is hoped that this defect will soon be remedied, for the lack of a terrorist financing statute adversely affect the calculation of Country Risk, from my viewpoint.
____________________________________________________________________________
* it also appears, from my review of the Swedish criminal code, that Espionage is only a crime in Sweden if it is committed on behalf of a country with which Sweden is at war. Therefore, unless the United States was at war with Cuba (on behalf of which country the espionage was committed), it is not an extraditable offence. No wonder the individual has been living in Stockholm; her name is Marta Rita Velasquez, a former US State Department and USAID official, wanted in connection with her role in the Ana Belén Montes case.
Posted by Kenneth Rijock at Tuesday, April 30, 2013