WHY A MIAMI CASE HAS THE CEO OF ONE OF ANTIGUA'S MOST PROMINENT LOCAL BANKS SLEEPLESS IN ST. JOHN'S 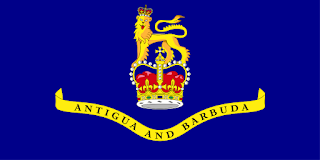 If you read our recent article, Antigua Cowers in Aftermath of Disclosure that Alex Saab Moran Acted as a Cooperating Individual for US Law Enforcement (April 12, 2022) you know that many senior government officials in the Caribbean offshore financial centre of Antigua & Barbuda are concerned about recent disclosures about the activities of the accused Colombian money launderer, ALEX NAIN SAAB MORAN, that occurred years before he was charged with money laundering in United States District Court for the Southern District of Florida in Miami.

Saab admitted, in a court filing from a year ago, now unsealed, to cooperating with the Drug Enforcement Administration (DEA), and the US Department of Justice, in an effort to mitigate his ultimate exposure for the years of money laundering and sanctions evasion he orchestrated for Venezuela's criminal power elite, including the country's president, Nicolas Maduro. Readers are kindly directed to the complete text of that article, if you missed it, As it features actual court filings detailing the complete extent of Saab's cooperation, read it here. Saab obviously has already implicated a number of financial professionals that facilitated his money laundering operation. 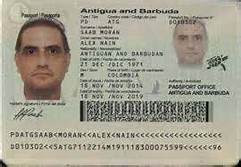 Getting back to today's news, which was reported to us by a individual whom we consider to be Antigua's primary whistleblower for money laundering, financial crime and CBI passport crime. He advises that the CEO of one of Antigua's most prominent local financial institutions is nervously facing an uncertain future, which will most likely include an all-expenses-paid vacation in the American Federal prison system, meaning a lengthy sentence. You see, his bank, and under his supervision, accepted "flight capital" from clients of Saab Moran from Venezuela  that was either the proceeds of narcotics crime, or of corruption.

We regret that we are unable to disclose publicly either the name of the bank, or of the CEO, to avoid the inevitable litigation, but rest assured that information is widely known to both American, Canadian and British law enforcement agencies.

The funds came to the local bank directly from Saab's Antigua-registered offshore bank, and was ultimately transferred abroad, with Panama, Switzerland, Malta, and other offshore centres which we are not at liberty to disclose at this time. Our source has no knowledge whether Saab utilised either of the two offshore banks that he owned and controlled in the Commonwealth of Dominica to move money to Antigua. Now perhaps you more completely understand that CEOs insomnia; fear and loathing when darkness falls in Antigua.