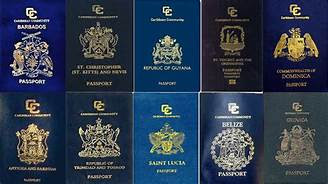 We have been warning our readers since the Russian invasion of the Ukraine, and the subsequent imposition of sanctions, particularly against Russian Oligarchs, that there would be pushback against Russians who attempted to use their CBI passports, especially those issued by the five East Caribbean states of St. Kitts & Nevis, Antigua & Barbuda, Dominica, St. Lucia and Grenada.

Immigration, customs and law enforcement agents in the United Kingdom are now acting under orders to carefully screen all arriving passengers holding East Caribbean passports, looking for Russian nationals seeking entry via Citizenship by Investment (CBI) passports showing them as citizens of one of the five EC states that issue CBI passports.

Whilst we do not have any information on how the authorities intend to treat those individuals, it is presumed that any who are identified as Russians will be taken into custody, detained, most likely interrogated and their luggage thoroughly searched, and eventually deported back to their point of origin. Given that there are long lists of Oligarchs subject to sanctions in several countries, and who may be subject to arrest in one or more jurisdictions, it is expected that the period of detention may be lengthy.

What effect this new policy will have on the CBI programmes of the five EC states is not known, but it will certainly greatly diminish the value of such passports, which are touted globally by the largest CBI consulting firms as offering visa-free entry to more countries than a number of passports from nations in the developing world.