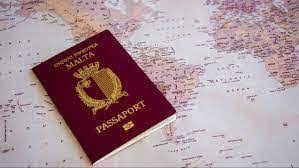 A Government spokesman in Malta, in response to the increasing pressure from the European Union, has vaguely indicted that the Labour government is studying either a major modification to the IIM (Citizenship by Investment) passport sales programme, or canceling the programme completely in 2025. Given that the government has no clue about what will replace the money it receives from IIM if it is ever cancelled, do not expect it to give up a scheme that has allowed an untold number of Russians to acquire Schengen Zone visa-free access to the countries of the European Union.

Even if the government keeps its word, and terminates the programme, during the three years in which it was still be operated, you can believe that CBI consultants will mount such an aggressive marketing plan, that a large number of passports will be sold to Russians, Iranians, North Koreans, Venezuelans, career transnational criminals, terrorist financiers, corrupt PEPs, and every sort of unsuitable, and dangerous applicant you can imagine.

It's way past time for the EU to lower the hammer on Malta, and order that, unless Malta cancels the out-of-control IIP programme forthwith, that ALL Maltese passports will not be admissible for entry into the Schengen Zone. Drastic measures indeed, but necessary to shut down a criminal enterprise masquerading as a citizenship programme for the public good.