MORE DETAILS ABOUT RAMPANT CORRUPTION AT SAM'S CLUB IN CALIFORNIA 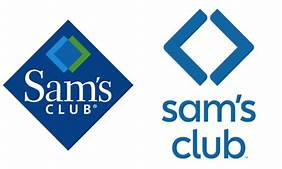 The last three articles posted on this blog, on corruption by Sam’s Club inept, somewhat childish, management, did generate some very curious readers, who have filled our inbox with new accounts of corruption. Some are paid club members, but the majority were Sam’s ‘Club employees/associates at stores in California, but others in stores located in New Mexico, Colorado, Kansas, and Florida also contributed.

My hat goes off in respect to all the hard-working associates of this once great company which must continually endure the hardship and abuse from their dishonest middle management, who appear to be duty bound to do about anything, including the violation of numerous State and Federal laws, to make themselves look good to their greedy senior corporate leadership.

Let us not forget that Samuel Moore Walton, the founder of Sam's Club and Walmart, was a highly disciplined individual, with an extraordinarily strong moral code, which became the hallmark of his success.

In today’s money-hungry world this is no longer the case; Every Sam’s Club is a bureaucracy which operates like a third world dictatorship, treating their most vulnerable employees as slaves.

By press time I was able to reach out to twelve current and former employees with over twenty years of service, who then contacted this blog with some shocking stories. Because of the known retaliation, harassment, and sometimes criminal activities committed against those who are vocal against local Sam's Club management daily corruption racket, we will keep their identities confidential.

Most of our callers vectored us to the Sam’s Club located in California’s Inland Empire, being Club Number 6609 in Palm Desert California.This club is run by a 32-year-old grossly unprofessional club manager named  Jeremy Hines, a person described as lazy, with a street gangster mentality, and lacking any semblance of respect for his female employees.  It is important to note that this Club falls under Brenda Calder’s division, the same incompetent unethical Marketing Director whose branch has generated numerous unnecessary lawsuits in the Los Angeles area, against the company. 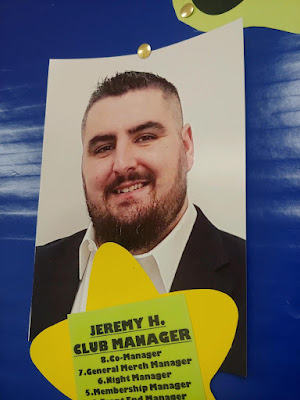 A female employee who was forced to resign after having been repeatedly verbally abused, including with sexual expletives, gave a credible account of Mr. Hines' Modus Operandi.

“He will hire you ok, until you refuse to do the dirty work of setting up other associates he dislikes for disciplinary action, Then he will turn on you and make your life a living hell until you have no other choice but to quit. He will exploit the most vulnerable employees who are facing disciplinary actions and force them to fabricate false complaints against those he intends to deny promotions or termination for bogus reasons. That is how Jeremy rolls.” She said.

Another caller with almost thirty years on the job, gave account how unpaid merchandise was being taken from the store, while Jeremy Hines sat in the office monitoring video cameras to see what the employees are doing instead of trying to stop the thieves.

One caller arrested last year by local law enforcement for alleged theft gave accounts how she was set-up by Jeremy so she would be fired, Meanwhile the real crook who is a Jeremy’s Snitch remains on the job. Jeremy frequently boasts that his Club donates lots of money to local law enforcement and he can get anyone arrested by calling his crooked police officer friends.

Mr. Hines' questionable conduct is supported by his boss Brenda Caldera, a person known to be just as corrupt as Jeremy. Her photograph appears here. Several employees have filed complaints about how they were retaliated against by Jeremy Hines for reporting their concerns to Sam's Club/Walmart Global Ethics which apparently continue to allow such a dangerous individual to manage its workforce at Club Number 6609.

We apologize to all our readers for not being able to publish all their accounts in this article.

Our next article will name, profile and expose Jeremy Hines and Brenda Caldera’s gang of take down goons and liars who are permitted to come to work intoxicated, some frequently dispatched to intimidate, harass, and retaliate against any associate who complains about their corruption and unlawful activities.

In the meantime, when will Sam's Club cooperate and start to do something about Jeremy Hines ongoing crimes against hard working employees who are victims of his corruption.