IS HEZBOLLAH FIGHTING IN THE UKRAINE, AND DID IT COMMIT ATROCITIES THERE ? 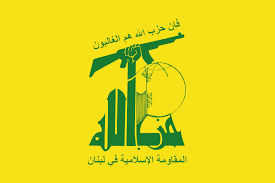 If you read the fine print in government communiques, you may have seen a press release from the General Staff of the Ukrainian Armed Forces, issued more than a month ago. Buried in that communication, which detailed the Russian efforts to bring a large number (1000) of Syrian mercenaries into the battle, on the side of the Russian Federation, to supplement the small amount of Syrians already fighting there, under Russian command and control, there was one more item; Hezbollah.

According to information obtained by the Ukraine, the Syrian mercenaries hired by Putin's military are a number of Hezbollah fighters stationed in Syria. This little detail may have been glossed over by major media, which is engaged in reporting upon combat operations, but the presence of a Specially Designated Global Terrorist organization might explain how some of the atrocities were committed against unarmed civilians in the Ukraine. Hezbollah has been actively supporting  the Syrian regime with fighters for years in the ongoing Syrian civil war, and the substantial cash payments offered by Russia would be of interest to Hezbollah's leadership, which  has a long history of raising funds abroad through any mean necessary.

Given that the first-hand and photographic accounts, by witnesses who saw the atrocities from a distance, and reported that the soldiers committing those war crimes were bearded, and not-clean shaven Russian soldiers, the question presents itself: were Hezbollah soldiers, working with Syrian units serving under Wagner Group mercenaries, involved ? This question deserves an answer; we hope the information has not been classified and denied to the press and the public, because terrorists, wherever they operate, must be exposed, so that they can be defeated on the field of battle.