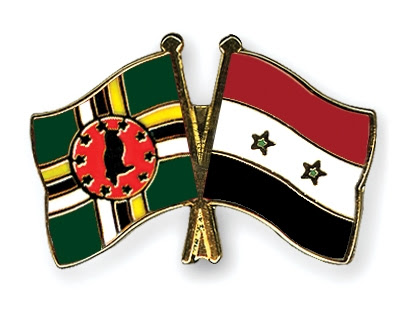 American government sources have stated that Syrian combat troops are among the approximately 1000 mercenaries currently fighting on behalf of Russia inside Ukraine, and many more are k now to be training in Russia, with a third contingent being prepared for shipment to Europe. It is feared that their history of committing war crimes against their own civilian population, including the murder of unarmed civilians, rape, looting and kidnapping, will mark their entry into the Ukraine in large numbers.

This new threat, which has been detailed in Western media, will only further damage the reputation of the Commonwealth of Dominica, which has been selling Citizenship by Investment (CBI) Dominica passports to Syrian government officials and supporters of the Assad regime, as well as unsuccessfully attempting to establish a close Diplomatic relationship with the country, a designated State Sponsor of Terrorism, and a heavily sanctioned pariah on the world's stage.

Only after global disapproval was exhibited did Dominica withdraw its diplomatic recognition of Syria, with a campaign of disinformation about the matter being an error, that fooled nobody. It is an accepted fact that the country's corrupt Prime Minister, Roosevelt Skerrit, and the Ministry of Foreign Affairs were behind the diplomatic recognition, for the purpose of selling still more overpriced  CBI passports to Syrians, which provide the holder with visa-free entry to Europe, and could facilitate terrorist acts inside the EU and UK. Syria's alliance with Russia could result in violent attacks on unarmed civilians, to assist Vladimir Putin's agenda of war crimes.

It appears that, so long as they can find purchasers for their lucrative CBI passports, Dominica's labour government will do business with the Devil himself. as long as it is profitable. Whether this will result in universal scrutiny of all Dominica passport holders entering Europe, to insure that Syrians are not sneaking in with them, to commit terrorist acts, or sanctions evasion, we cannot say, but we will bet watching to see the European reaction.