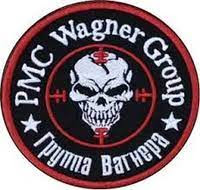 The reputation damage to the Commonwealth of Dominica on the world stage, due to its Syrian diplomatic misadventure, continues to increase, and additional complications that surface will surely hit   closer to home. The Foreign Secretary of the United Kingdom, Lizz Truss, recently ordered that sanctions  be imposed upon the WAGNER GROUP, the private mercenary army that Russia employs abroad to conduct military operations where military conduct that violates the Rules of Land Warfare, and the Geneva Convention, are replaced by extralegal killing of unarmed noncombatants, Human Rights violations, and even Genocide. Syrians are known to have participated bin these acts in the Ukraine.

The Wagner Group, which is engaged in military operations inside the Ukraine, in support of Russia's invasion, is the entity in command of Syrian forces in theater, and the Syrian troops are actually seconded to Wagner units. They are, in truth and in fact, Wagner group soldiers, which are UK sanctioned.

Think about that for a minute; Dominica, through its ill-advised diplomatic initiative with Syria, which included diplomatic relations, was allied with a military force that was sanctioned by the United Kingdom. Think how this will go over with UK leadership, voters, Members of Parliament, and British media.

Apparently, Dominica may have blindly followed the lead of its CBI consultancy down the dark road to recognizing a country classified as a State Sponsor of Terrorism, but its avaricious leaders, smelling the enticing prospect of still more CBI cash, knew or should have known that recognizing Syria was outside the bounds of civilised conduct. These UK sanctions are just one more indication of Western disapproval of Dominica's bad actions.

Is nothing sacred to Dominica's Labour government ?  apparently not, so long as it bring in new CBI passport programme applicants. We wonder what the UK government haas planned for this Commonwealth member.