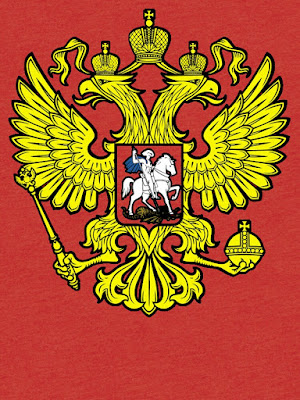 With the global sanctions being imposed upon Russia. its billionaire Oligarchs and companies, due to the world's outrage over the Ukraine invasion, which is even more intense now, after the recent discovery of war crimes. Holding a Russian passport these days can be downright hazardous to your assets, not to mention your health. Whilst it is the Russian dictatorship of Vladimir Putin and his oligarch supporters that are the targets of global anger, ordinary(non-Oligarch) Russian businessmen are finding that their passport does not exactly engender a warm response abroad. They need a solution, fast, and fast-talking CBI salesmen are there to take advantage of their dire situation. Don't expect an honest opinion about your contemplated passport purchase.

This week, in reviewing the latest crop of "informercials," paid adverts placed as of they were news articles, by international Citizenship by Investment (CBI) passport sales consultancies, I noticed that some have taken the dark turn towards marketing to Russian passport holders, after remarking that their prospects' current passports now guarantee serious problems in obtaining visas when they travel on business. It appears that the current political and and military situations have made Russians  persona non grata in many countries, and therefore blocked from entry.

The CBI consultancies offer a fast solution:  acquire a CBI passport from one of their clients, in the East Caribbean ( St. Kitts, Antigua, Dominica, St. Lucia & Grenada), or Europe ( Malta), or perhaps something a little more exotic, from one of the more remote regions of the world, and use that new travel document to enter Western countries visa-free, not as a Russian, but perhaps as a citizen of a country within the Commonwealth of Nations jurisdictions, who have carte blanche to enter Western Europe, as well as elsewhere, via  visa-waiver online programmes.

Given that the sales staff at those CBI consultancies are not practising attorneys duly licensed in the jurisdictions where they are selling passports & citizenship programmes, their new and eager Russian clients are usually get the short end of the bargain; they are unaware of many issues specific to the jurisdiction, some of which might give the Russian buyers second thoughts. Additionally, the island nation where they are becoming citizens is most likely a tax haven a/k/a offshore banking centre, where money laundering, tax evasion by foreign nationals, and many other manner of criminal activity is the rule, rather than the exception, and the new citizen has unwittingly acquired a nationality makes him or her a Person of Interest, or even a subject of investigation by foreign law enforcement agencies.

The quite expensive passports are also subject to what amount to arbitrary and capricious revocation and cancellation by the issuing agency, from which there can be no appeal. Perhaps there was too much public outcry over sales to Russians. Therefore, the desperately seeking Russians end up purchasing a problem in the making, having been thoroughly deceived and defrauded about the attendant disadvantages of obtaining CBI passports. They are like Eskimos purchasing ice makers, and they shouldn't expect a happy ending in their quest to pose as someone else.