AN OPEN LETTER TO THE FINANCIAL ACTION TASK FORCE REGARDING MALTA 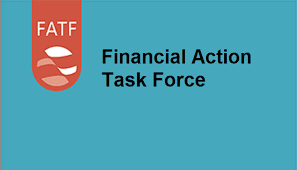 Regarding the possible release of the Republic of Malta from its current FATF status, requiring increased monitoring to address deficiencies in money laundering, terrorist financing, and proliferation financing, we wish to state the following points :

1. The law enforcement agencies and the Attorney General have not prosecuted a single corrupt politician, even though there is hard evidence to support such actions.

2. The Malta Police are corrupt and compromised, and haven't followed up on any of the magistrate's  suggestions and recommendations.

3. There have been no prosecutions of the directors of the money laundering Pilatus Bank, save one token case only involving a minor officer and the defunct corporate entity, even through the inquiry named all the major players in management.

4. There have been no efforts to identify, and seize, assets of known Russian Oligarchs, who are linked to providing financial support for the illegal Russian invasion of the Ukraine.

5. There have been no investigations of Maltese nationals involved in violations of the Foreign Corrupt Practices Act (U.S.) and the Bribery Act (U.K.)

6. Notwithstanding a request by the European Union and European Commission, Malta haas failed to terminate its IIM Citizenship by Investment passport programme.

Therefore, based upon these, as well as other significant grounds, we recommend that the FATF take no action at this time.