A GOOD FRIDAY MESSAGE FOR MALTA 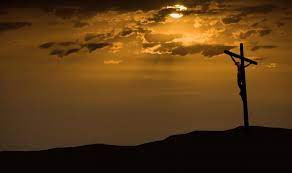 Many opinionists in Malta are saying that corruption seems to be the normal condition the Maltese electorate wants. after the astounding victory the Socialists had a few weeks ago. They are wrong.The Socialists did not win the general elections for the simple reason that their actual votes decreased despite all those checques, direct orders, a larger voting base, and all the rest. These elections were lost by the Nationalists.
The latter must realize that rule of law and anti-corruption slogans can never be preached to Maltese people, because when any politician speaks about peace, honesty, trustworthiness or any other moral value to the electorate their language is always demagogic. It is as if the Nationalists no longer recognize that there is sin in Maltese society, and that as a consequence of sin there is corruption, money laundering & anything dirty under the sun. What is happening in the international scene proves this point.
If there will be no war waged with weapons, there will be an economic war. If there were no economic war, there would be a cultural war. If there were not a cultural war, there would be a religious war. If there will never be a religious war and there will be a racist war. Ultimately the crux of the problem lies in the heart of men ''for out of the heart come evil thoughts - murder, adultery, sexual immorality, theft, false testimony, slander''. (Matthew 15,19).. Isn't this Joseph Muscat's modern cosmopolitan Malta?
The ultimate problem of Maltese society is neither political nor economical - it is spiritual. Unfortunately the Maltese Church is not helping. Its religious leaders are not leading by example. Just one example suffices - the Mosta Basilica scandal. Who will believe the bishop's appeal for peace in Ukraine when he accepted Russian Oligarch passports funds for the restoration and lighting of churches given to the church by a Russian spy in Malta?
Similarly should you blame the Maltese electorate if the Nationalists party language seems not only demagogic, but also dangerous? Even though they don't trust the Socialists, the Maltese understand. but when it comes to things the Nationalists cannot promise or donate, their language is more or less void or worse, it was photocopied and exploited by their adversary Robert Abela. Indeed there was an electoral billboard featuring a photocopy. The Maltese saw that the two main parties are photocopies of each other and thus they didn't go to vote. Indeed it was the lowest turnout since the 1950s. It seems the Maltese come to see politics of ties of a power just like Pontius Pilate making friends with his enemy Herod to crucify Christ on Good Friday. The Maltese are seeing themselves as the crucified and the only thing they can do to win something is where not to vote so that with that visible abstention they can blackmail politicians.
The Nationalists must learn that in everything man does he is bound by a voice in their conscience that many call God. It’s pointless for the Nationalists to try to persuade (or deceive) the Maltese and bring them up by their nose by talking about peace, justice and the rule of law. All these things can only be possessed personally, to the extent that individuals convert to God or listen to the voice of their conscience. The slogan 'Mieghek ghal Malta' (with you individually for Malta) was true but only half-true and many times half truths are worse than lies. Mieghek ghas-sewwa (with you for justice or the good) is what the Maltese deep down in their hearts want. That is why they did not vote for Labour but neither did they vote for the Nationalists.
Every cloud has a silver lining. After Good Friday comes Easter. There are bright new young uncorrupted faces in Malta and Gozo among the Nationalists ranks. The faith is there. The future is bright for the Nationalist Party because of these young men and women. Trust me for in God I trust. Only then I can afterwards say God bless America. The Nationalists must learn that their good old Religio et Patria is not light years from this American slogan which made such a nation great.
Posted by Kenneth Rijock at Friday, April 15, 2022