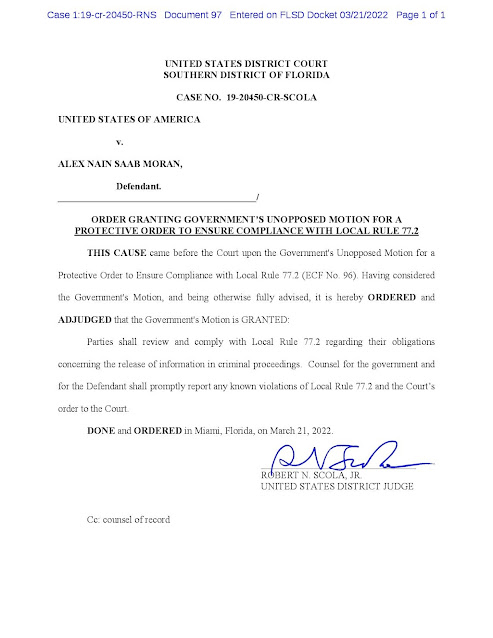 The District Judge in the Miami Federal money laundering case against ALEX NAIN SAAB MORAN has entered a Protective Order that our non-lawyer readers may not understand; Rule 77.2 of the Local Rules of the Southern District of Florida prohibits attorneys from releasing non-public information that might "prejudice the due administration of justice."

While we have no means of confirming it, a reasonable assumption in this case is that there are additional targets of the investigation who are not within the jurisdiction of the United States, and some of the evidence, or Discovery, that has been presented, or will probably be presented during there case, might incriminate them, and possibly cause them to flee to avoid detention and prosecution.

This Protective Order prohibits the attorneys representing Saab from passing on the material to those individuals, or to third parties. The relevant portion of the Rule appears below for your information.

RULE 77.2 RELEASE OF INFORMATION IN CRIMINAL AND CIVIL PROCEEDINGS

(a) It is the duty of the lawyer or law firm not to release or authorize the release of information or opinion which a reasonable person would expect to be disseminated by means of public communication, in connection with pending or imminent criminal litigation with which the lawyer or the firm is associated, if there is a reasonable likelihood that such dissemination will interfere with a fair trial or otherwise prejudice the due administration of justice. 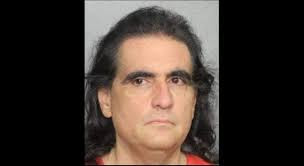