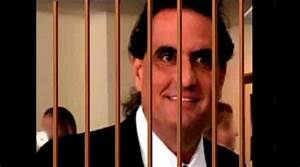 The District Judge assigned to the ALEX NAIN  SAAB MORAN money laundering case yesterday entered an order unsealing the sealed(unredacted) version of the Court's March 18, 2021 Order Denying Motion to Vacate Order Conferring Fugitive Status and for leave for Special Appearance to Challenge Indictment . The unredacted version of the order detailed certain cooperation that Saab rendered to the United States, and there originally were fears that he and his family might be placed in danger should the order be filed where it would become public information.

Individuals who are closely following the case may find the unredacted version of the order, which appears below, of particular interest, given the nonpublic nature of Saab's pre-arrest cooperation, including his meetings abroad with the DEA, and other representatives of the United States Department of Justice. 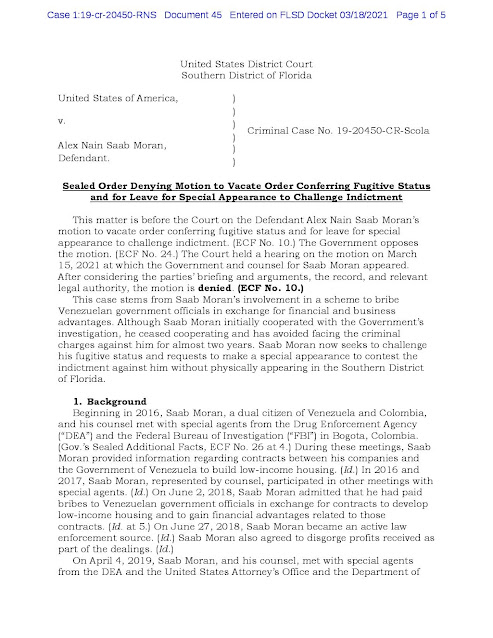 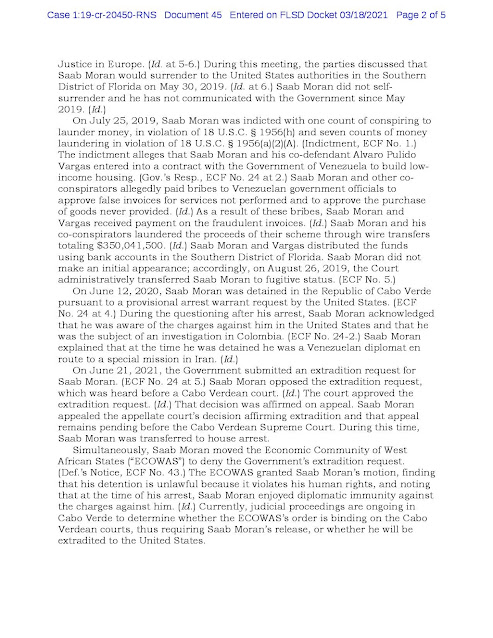 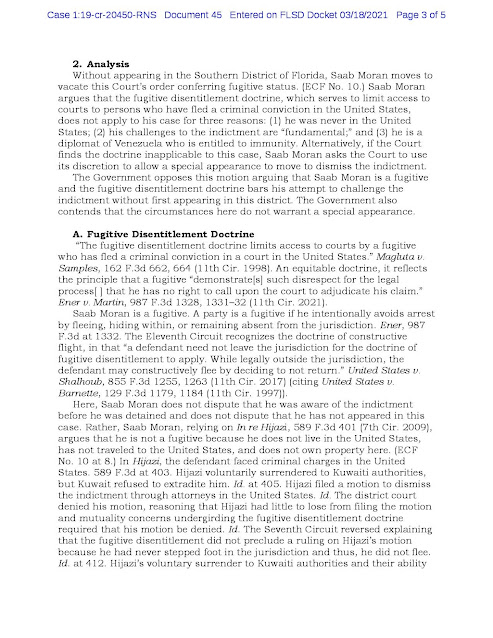 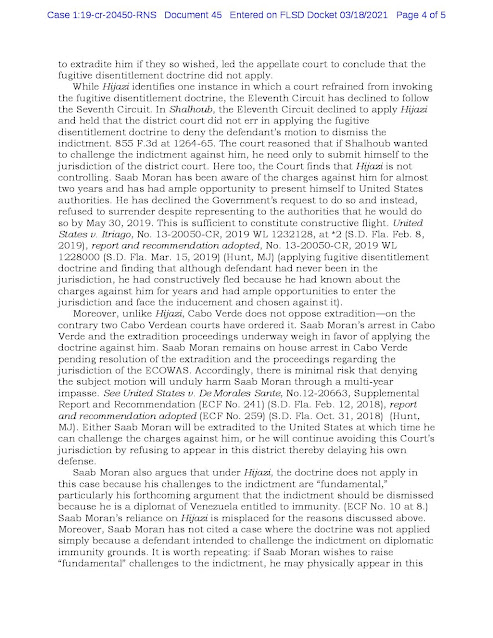 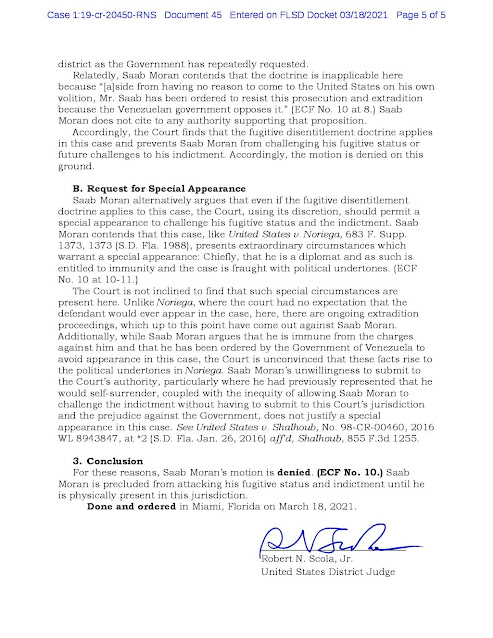