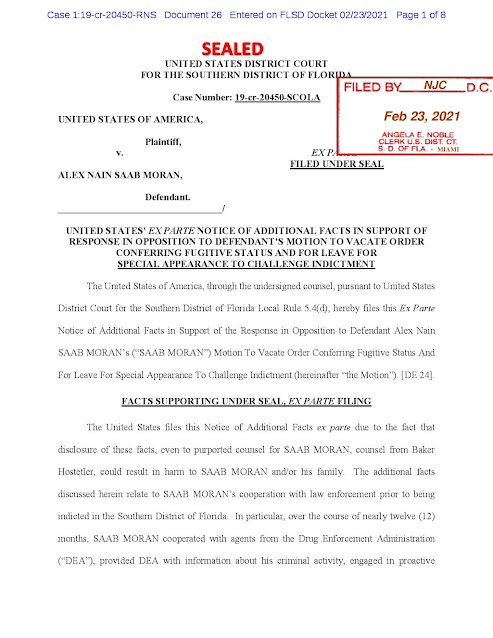 For those readers who wanted the names of the Italian family members of Colombian money launderer ALEX NAIN SAAB MORAN (accused of laundering €350m by US) who were indicted in Rome, on multiple money laundering counts, along with Saab, and his wife, CAMILLA FABRI, they are:

(3) PATRIZIA FIORE, another of Camilla's aunts.

These defendants were involved in the purchase of a €5m property, located on Via Condotti in Rome, and a bank account containing €1.8m. Reports mention MULTIBANK in the republic of Panama, and UBS in Switzerland as allegedly involved in transfers of the additional Saab defendants mentioned above.

The other reader request was for more details of Alex Saab Moran's heretofore covert cooperation with the Drug Enforcement Administration (DEA), while operating in Venezuela. Below please find pages from a filing entitled United States Ex Parte Notice of Additional Facts in Support of Response in Opposition to Defendant's Motion to Vacate Order Conferring Fugitive Status and for Leave for Special Appearance to Challenge Indictment, which was filed under seal on February 23, 2021, and later unsealed. 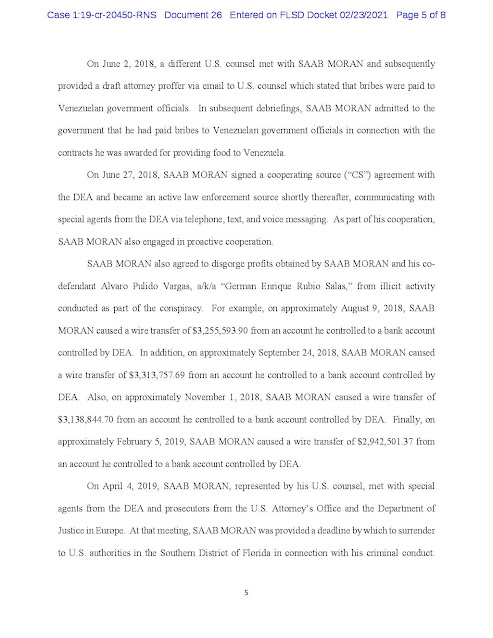 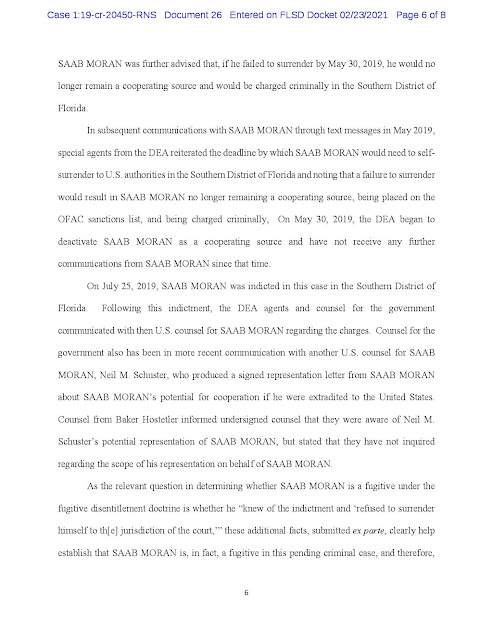