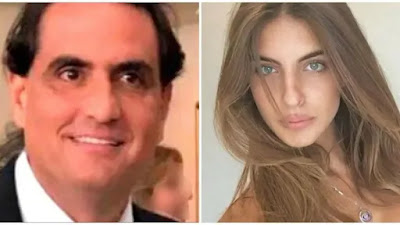 ALEX NAIN SAAB MORAN may indeed have made a great secret deal with the US Department of Justice, but his future just got a bit more complicated. Arrest warrants have been issued by an investigative judge in Rome, charging Saab, his Italian model wife, CAMILLA FABRI, and three of her relatives with money laundering, Criminal Association, and a number of other financial crimes. Fabri, who is known to be in Venezuela, and safe from arrest at the moment, was involved in cleaning her husband's criminal proceeds in Italy. Her two aunts and another relative (sister's husband), who live in Italy, are not so lucky. They will not escape arrest and detention.

Once new item that was disclosed; remember that Fabri moved to Russia during his Cape Verde extradition proceeding.  Well, apparently, she was moving some of his cash there. We wonder what role that "flight 'capital" is playing in his plea negotiations with the DOJ. Was this dirty money that he initially cleaned in Malta ?

Will Saab, after completing his US sentence, her shipped to Rome to serve time there also, like happened to General Noriega in France ?   And will any Brits who were involved in the formation of Fabri's UK company, KINLOCH INVESTMENTS, also be charged ? Stay tuned.