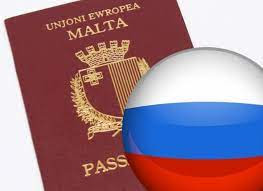 When Switzerland adopted sanctions against Russia, which prohibited banks and non-bank financial institutions from taking any new deposits that exceed SFr100,000 (USD$105,000) from Russian nationals, residents of the Russian Federation, or entities incorporated or established there, it established a loophole that compliance officers should take note of. Russians with dual nationalities from either Switzerland or the European Union are exempt.

This means that Russians with passports from the Republic of Malta, obtained through the IIM (Citizenship by Investment) programme, and temporary or permanent residents, can freely deposit any amount of funds, as the Swiss are conveniently not recognizing them as Russian nationals. What a clever way to evade sanctions, you must be thinking.

Will the administrators of Malta's passport programmed simply backdate the applications and/or passports ? Will residency documents, dated before 2022, find their way into the hands of Russian Oligarchs ? Given that Maltese CBI passports have shown up in the hands of transnational criminals, residents of countries that are designated as State Sponsors of Terrorism, as well as there Usual Suspects ( Russians), expect the worst if you are a compliance officers from a bank in the European Union, and govern yourself accordingly.