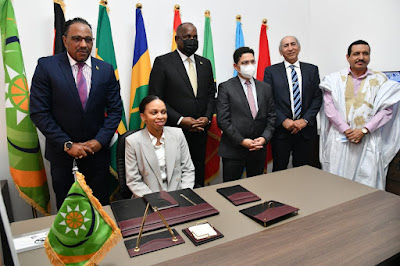 In the photograph above you see the official opening of a Consulate for the Organization of Eastern Caribbean States (OECS) in the Kingdom of Morocco. That is Dominica's Prime Minister Roosevelt Skerrit, the driving force behind this move. What you don't see is the real reason that Skerrit would assist in opening a diplomatic mission in a region that has no trade with the East Caribbean states, nor are its Muslim citizens tourists in the region, nor do the two parties have anything in common politically. 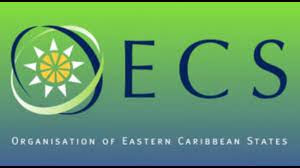 In truth and in fact, Skerrit is trolling for Citizen by Investment (CBI) passport clients, amongst wealthy Moroccan and North African government officials and Politically Exposed Persons (PEPs) who are close to their respective government power centres, as well as affluent businessmen with opaque backgrounds, but a lot of cash, and a need for a passport that will give them visa-free entry into the European Union's Schengen Zone, after which they are free to travel, undisturbed, throughout the entire EU.

Given Dominica's recent love affair With Syria, a designated State Sponsor of Terrorism, and its attempts of late to make a deal with the Taliban rulers of Afghanistan, one of the world's most despised radical terrorist governments, you would think its officials would want to scale back their marketing to obviously dodgy applicants abroad, but this is not the case. Dominica continues to seek to sell its CBI passports to anyone with plenty of US dollars in cash, irrespective of how they acquired their dirty money.

We are fast approaching the point where European customs and immigration officers will choose to redline ALL Dominica passports, and when that happens, there will be a groundswell of anger that will create a political tsunami to drown the current government through political action, or worse, violent reaction. How will regime change occur ? We are tuned through our many Dominica sources, and will keep our readers fully informed; stay tuned for an update.