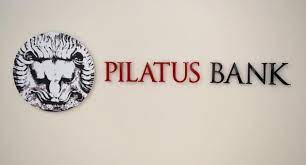 "There are many people and experts who are perplexed why Ali Sadr was arrested in the US and then let him off the hook by a 'legal technicality' from the US Attorney General's Office for financial crimes and sanction busting by the Iranian regime which could have sent him to Federal prison for over 20 years without any parole under US Federal law.

The secret decision came from the White House under former President Donald Trump who wanted the British and European administration to deal with this matter, mainly in the interest of the British who have a certain relationship with Iran in the energy sector.

Unfortunately, there was a miscalculation in this arrangement because the current corrupt Maltese government and BOV are part of the major problem involving state aid and sanction evasion violations, massive money laundering and fraud which Daphne had started to detect when she revealed 17 Black Ltd in Dubai and Pilatus Bank, who also wanted to receive a banking licence for the UK, where the Azerbaijani laundromat is still spinning on the long clean cycle.

Robert Abela's cruising boat is going to 'sink in deep water' together with plenty of illegally gained 'treasure' from the Central Bank if the OPM and the police force do not quickly stop the continuing corruption by his 'gahan' crew who are responsible for the grey-listing by the FATF which is at high risk of falling to a black listing if the Castille and police force continue pissing around with misinformation and delay tactics which will only backfire if there is more failure to take action.

Since there was an international arrest warrant issued last March for Ali Sadr, he should have already been extradited from the US to Malta to face the crimes performed by Pilatus Bank, to then join afterwards Mafia criminal Joseph Muscat and his mob in jail which requires no passport to enter.

Allah said,'You can run, but you can't hide from the long arm of justice'."