WILL THE PASSPORT PAPERS PROVIDE AN INSIGHT INTO WHO WAS BEHIND THE SECOND MURDER OF A JOURNALIST FOR INVESTIGATING MALTA ? 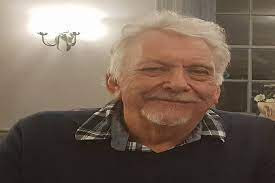 While the documents now known as the Passport Papers have exposed the sordid details of Malta's dirty little Citizenship by Investment (CBI/IIM) scheme, as a plot hatched between the consulting firm Henley & Partners, and then-hopeful prime minister Joseph Muscat, it is hoped that the leak of internal correspondence and evidence will also aid investigators into who was behind the murder of British investigative journalist Barry Randall, the editor of Caribbean News Now. Randall, a known collaborator of Daphne Caruana Galizia, died under mysterious circumstances leading many to presume he was poisoned while on assignment in Montenegro. He refused to disclose the details of his trip, which he took to interview what was was then represented to him to be an extremely promising source.

Mr. Randal's case has been ignored by Malta's mainstream media, although we have covered it here in painful detail. The British journalist, who was a known critic of Citizenship by Investment programmes, had been sharing information with Daphne prior to her death. He was subsequently targeted in correspondence by the (blacklisted) advisor to the Peoples' Republic of China, Shiv Shankaran Nair after he published a story on his website. China, we have recently learned, was involved in the bribes and kickbacks disbursed to senior government officials in Malta. The Chinese Government obviously perceived Randall's work at a threat; Judge for yourself. 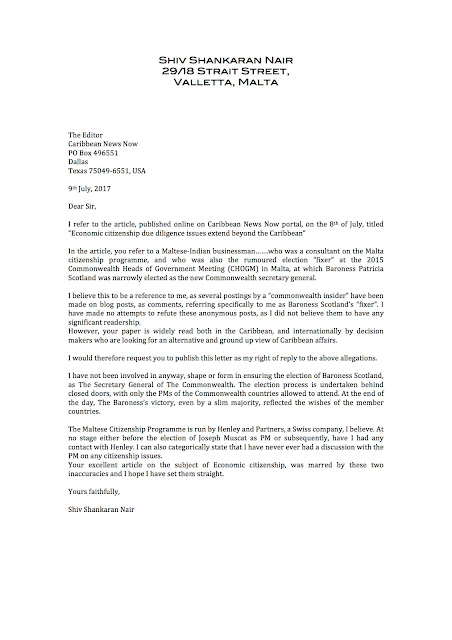 There are unconfirmed reports that Randall died subsequent to Polonium poisoning, which was covertly administered to him while he futilely sought a promised source in Montenegro. We are unable to  verify this, due to a reported pending investigation of the matter in the United Kingdom. We have previously noted that, not long after the rumoured poisoning occurred, a known Maltese organized crime figure was arrested upon arrival in Malta, in possesion of a quantity of Polonium.

Although informed observers have always thought that Joseph Muscat and Keith Schembri were implicated in Randall's murder, there has never been any corroborating evidence to confirm this theory, and we hope and trust that information within the Passport Papers may provide useful clues, including whether any other forces were at work in terminating Randall's investigation, with prejudice.

Barry Randall remains an additional, albeit unacknowledged, casualty of the battle between journalists seeking truth about Malta and the corrupt forces determined to stop them, by any means. Whether there will be justice regarding his death remains an open question, and the Passport Papers could supply the critical information needed to identify, and ultimately convict, the guilty parties.