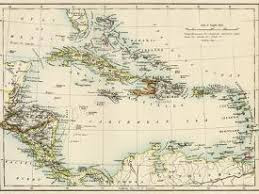 Donald Trump may not know where the Caribbean is, but the new Biden Administration most certainly does. Attention is now being focused upon the five East Caribbean States that sell Citizenship by Investment (CBI) passports, all of which are infected with money laundering, financial crime and corruption, which directly affect US citizens, financial institutions and businesses.

If you weren't paying attention in Geography class:

(1) ANTIGUA AND BARBUDA:  Neither the Stanford International bank Ponzi scheme, or the decade it took to extradite Antigua's banking regulator, LEROY KING, have been forgotten. Mehul Choksi, India's Most Wanted white-collar criminal has been given sanctuary there. Corruption in local government is rampant, and the offenders are rarely punished, although some lose their government jobs. The Colombian money launderer, ALEX NAIN SAAB MORAN used its offshore and one local bank to move dirty Venezuelan money in transit.

(2) THE FEDERATION OF SAINT CHRISTOPHER (KITTS) & NEVIS: The country's CBI passport programme has featured many of the world's most notorious transnational white-collar criminals. ALI SADR HASHEMI NEJAD and his family hold SKN passports, and do many Asian mega-criminals.

(3) THE COMMONWEALTH OF DOMINICA: PM ROOSEVELT SKERRITs dodgy diplomatic passport sales have given super-criminals, such as Iran's ALI REZA MONFARED, the ability to bypass Customs at international airports of entry, and smuggle the proceeds of crime wherever they want. Skerrit's vote-buying practices allow him to remain in office for two decades. Chinese use of its huge embassy for regional intelligence-gathering and espionage remains a problem. A dictatorship claiming to be a democracy.

(5) GRENADA: Massive Russian investment, of dubious origin, has dominated the island's CBI-centric economy. CBI Frauds, such as the Grenada Sustainable Aquacuture (GSA) Programme, which was a $18m theft perpetrated by the Iraqi national (with a Swedish passport) SOREN DAWODY, are never punished by local law enforcement.

If you are a compliance officer at a North American or European Union bank, you should immediately raise your Country Risk assessments regarding these jurisdictions, and avoid any exposure to money laundering by conducting enhanced due diligence investigations on ALL clients and wire transfers to or from. Expect increased US law enforcement attention to all five of the East Caribbean states with CBI products in 2021.