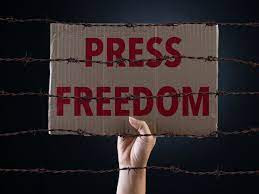 Saint Lucia Government officials and attorneys acting on its behalf have threatened GOOGLE with totally blocking its content and Search Engine on the island, unless it took down our news article, which originated in the United States, reporting on rampant official corruption among judges, lawyers and senior government officials. Reportedly, Google removed an article, without specifically advising the American author of either the groups for removal, or the process for appealing the action.

Our article, Corrupt Judge and Attorneys who Implemented Saint Lucia Land Theft named,  which was published on this blog, "Kenneth Rijock's Financial Crime Blog." on April 14, 2021, identified a number of professionals and government officials who conspired to steal real estate from citizens of St. Lucia who were living abroad, or who had deceased relatives. The article does not violate any of the provisions of Google's published Community Guidelines, nor does it libel or slander any of the officials named.

Press freedom in Saint Lucia is limited, and subject to self-censorship and government intimidation, and there are a number of unsolved homicides of individuals who have opposed the current government, which most observers have accused of violating the Civil, Human and Constitutional Rights of its citizens.

We have notified the appropriate US Government agencies of Saint Lucia's actions. Please note that St. Lucia is still under US sanctions in place against security forces, pursuant to the Leahy Amendment to the Foreign Assistance Act (FAA). The sanctions apply to the Royal Saint Lucia Police Force, and any military, reserve, border guards, customs police, or any other units authorized to use force, for what the law describes as Gross Violations of Human Rights, for Extrajudicial Killings.