MUCH ADO ABOUT NOTHING IN MALTA; WHAT DID YOU EXPECT, ANYWAY ? 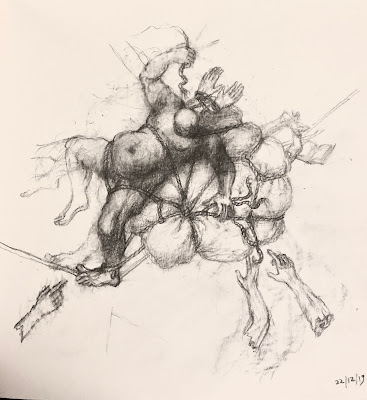 Prince Muscat, "My Kingdom for a Horse"   by COSIMO

Informed sources within Malta have advised that, notwithstanding the expanding scope of the present Times of Malta corruption case, no Member of Parliament will go to prison as the result, and the massive money laundering which is choreographed by Malta's senior leaders will continue. Our source, whose information has been independently confirmed by two others knowledgeable in internal Maltese politics, meaning the Labour Party, notes that while minor players may end up with sentences of incarceration, the corrupt justice system will give higher-ups a pass.

At the same time, you can expect to see another investigation appearing in the major media, part of which is unabashedly pro-Labour, and that this new matter will serve to sufficiently distract Maltese voters until the anticipated Summer elections, when they will be again be asked to return Labour to power, based primarily upon economic promises for the future. No significant action will be taken against the corruption and money laundering which is orchestrated from the cabinet level.

Quite frankly, the only viable solution is indictment of officials, coming from overseas jurisdictions, which is imminently expected, and which is keeping senior present and former government officials up at night. They do not fear charges originating in Malta, which can be managed, or made to go away, but those from outside, which would result in substantial prison time, and loss of criminally-acquired assets, scare them.