WHY DID MALTA'S LABOUR PARTY NAME A MAJOR SUSPECT AS DIRECTOR FOR ITS NEW "NEWS" WEBSITE ?

Our inquiry in to who will be running the shop at The Journal,  the Labour Party's new English language news & information website, has turned up something very disturbing.  CHRIS CARDONA appears in official filings as a director of Sound Vision Print Limited, which will operate the website, whose URL is thejournal.mt. This selection demonstrates that party leaders are totally disconnected from reality.

(1) Implicated, and directly named, as the alleged mastermind in the Daphne Caruana Galizia assassination. He was named by the actual admitted participants in the fatal bombing

(2) Linked to the failed HSBC Bank heist by witnesses, in sworn testimony.

(3) Regarded as an alleged Person of Interest in the death of an individual who witnessed Cardona engage in activities inconsistent with his then position as cabinet minister.

Obviously, the Labour Party has no moral compass, appointing an individual whose reputed criminal conduct could result in his incarceration for an extended period. Even a propaganda mill deserves better leadership. 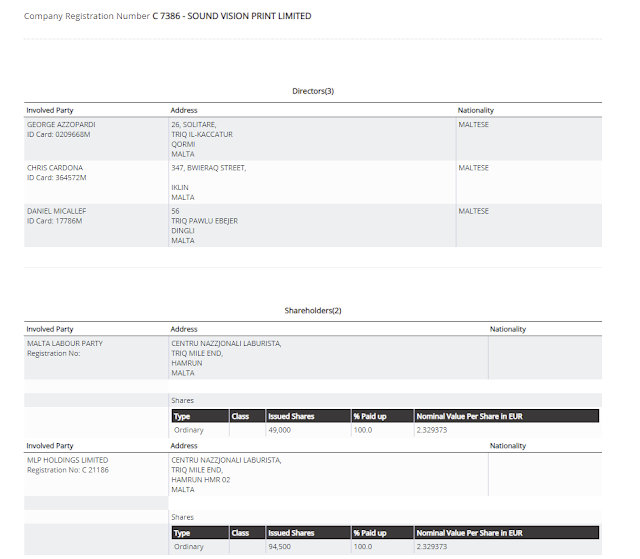 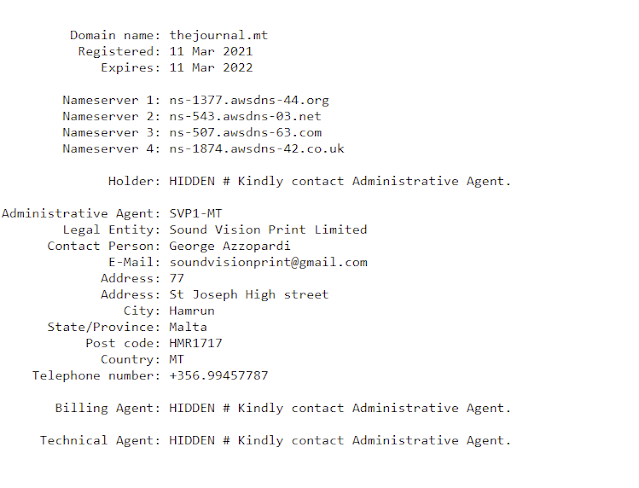