COMPLIANCE OFFICERS: DO NOT RELY UPON ESTABLISHMENT MEDIA IN CORRUPT JURISDICTIONS 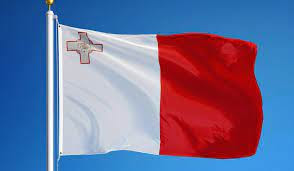 The commercial-off-the-shelf databases of high risk persons and entities rely extensively upon articles and feature stories by the world's major media, as they are generally thought to be accurate, the information verified and confirmed, and trustworthy for due diligence purposes. That is usually true for the most part, but compliance officers should not trust media, no matter how establishment they appear to be, if located in jurisdictions where corruption reigns.

Allow me to explain why: leaders in countries with rampant, systemic corruption, often exert substantial influence upon local media, even those with long histories of accuracy. Their purpose is to minimize, or even eliminate, any stories that expose official corruption, and paint the regime in an unfavourable light, which might prove disastrous at election time. Therefore, corrupt leaders, through their officials who place lucrative official notices and adverts in media, thus supporting their operation, pressure editors to ignore, or kill, negative stories. That revenue might make the difference between making a profit, and being forced to close due to income generated that is insufficient to keep the newspaper open and running. Some jurisdictions give cooperating media additional opportunities, such as television exposure on captive state-controlled media, as an additional incentive.

Other methods in common use, which illustrate why you simply cannot rely upon local newspapers and online news resources in countries where corruption rules:

(1) The regime promises, and delivers, imports interviews with government officials, only so long as the news source plays ball with them.

(2) The regime threatens to revoke licenses and permits necessary to the daily operation of the newspaper, unless it publishes what amounts to propaganda, press releases disguised as news stories.

(3) The owners of the newspaper or news website may actually be members of the ruling party, and have a stake in the future of the regime in power. Therefore, all the news it prints about government action is shown as positive, and critical stories are killed in the newsroom.

(4) Local politicians may actually ghostwrite articles, which appear under the bylines of the newspaper's journalists; That is news management on a grand scale, deceiving the reader.

While the countries of the East Caribbean are among the worst offenders it has been my pleasure to label is having untrustworthy press resources, any country with rampant corruption, such as Malta, also has mainstream press that twists the truth to keep its regime in power, and cover up bad news.

When conducting due diligence, or enhanced due diligence, inquiries, first ascertain whether the jurisdiction has a high level of corruption. If so, avoid relying upon the facts in the articles in local media for truth, even if that material is contained in your customary research material, as it is definitely not accurate or authoritative, for compliance purposes.