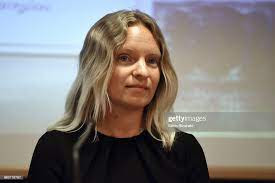 Maria Efimova, the bank employee who blew the whistle hard upon Malta's Pilatus Bank, after the bank cheated her out of her salary and later filed bogus criminal charges against her to avoid paying her, was recently interviewed in Greece by Reporters United. As a public service to the people of Malta, we are summarizing relevant portions of her extensive interview, in the hope that it will eventually result in the dismissal of bogus criminal charges fled against her and her husband, Pantelis Barnabas, which were obviously filed to discourage Maria from personally giving damning evidence against Pilatus Bank officers and directors, as well as certain corrupt government officials and PEPs.

Her key points, as translated from the original Greek:

(1) After three months on the job at Pilatus Bank,  Maria was terminated; she left her employment and awaited her back pay, a figure just short of €6000. When she later contacted the bank, they told her, " we are sorry, but you have never worked at our bank. What you did here was just practical." She was later arrested and charged with the theft of fifteen thousand Euros. The charges were politically motivated, to deter her from either collecting her money, or of giving any damaging testimony against Pilatus. When that did not work, Corrupt officials in Malta, in coordination with Pilatus, had her husband charged with bogus crimes in Cyprus, obviously for political reasons.

(2) What did she know ? That the bank never inquired as to its depositor's Source of Funds, and she was often asked to create bogus documents.  There was panic at the bank when the FIAU, the banking analyst agency, came for a visit. Maria, to protect herself. started copying documents, not to blackmail anyone, but to protect herself. She said the bank, which never had more than 130 customers in total, half of whom were Politically Exposed Persons (PEPs), many from Azerbaijan.

(3) One day, the Financial Intelligence Analyis Unit (FIAU), the government regulator, visited, and she recalls that there was "panic in the office." She feared that she might be involved in illegal activities, with signatures "that she has never really put herself."

(4) She reached out to Daphne for help, as a foreigner alone in Malta. She already was familiar with Pilatus Bank's issues, "and was looking for additional resources." " She only wanted the truth to be known."

(5) On Michelle Muscat and Egrant, when Daphne publicly accused the prime minister's wife " she was considered " a madwoman who wanted to eat the prime minister."  Maria  gave her testimony anonymously, to an assistant judge, but the next day all her testimony was published, due to Malta's systemic corruption. She named Michelle Muscat at the Beneficial owner of Egrant.

(6) Two "private detectives" visited Maria's family in Russia, suggesting that she leave Malta. Daphne, whom they stated should also leave, was murdered shortly after that.

Will Malta's utterly corrupt and dysfunctional government ever dismiss the bogus, politically motivated charges filed against her and her husband ? Will Whistleblower status ever be conferred upon her ? We cannot say, but she remains the Conscience of Malta, notwithstanding the government's amoral efforts to silence her.