ARE THERE NEW DEFENDANTS IN THE ALEX SAAB MORAN MONEY LAUNDERING CASE ? 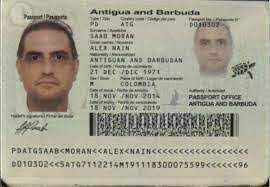 We are monitoring new developments in the money laundering case pending against former University of Miami professor Bruce Bagley. He is expected to be a witness against the fugitive Colombian money launderer, ALEX NAIN SAAB MORAN, The Venezuelan Maduro regime's most prolific international laundryman.

We note these recent items:

(1) Professor Bagley's Sentencing Date, which was scheduled for the end of this month, has been reset for May 18. Saab lost his last appeal in Cape Verde, and  most observers are estimating that he will be extradited to Miami in May. The Cape Verde authorities have determined that the ECOWAS appeal filed on Saab's behalf in Nigeria, did not bind Cape Verde in any way. The "appeal" which was accompanied by the payment to individuals, to simulate popular support for Saab, is not authorized under local law.

(2) Recent filings in the court, under seal, may indicate that one or more additional defendants have been indicted. Saab controlled ELEMENTO LTD, a Malta company engaged in extensive money laundering in that offshore financial centre. Whether any of the Malta money laundering targets are now named as defendants in any of Saab's cases, we are unable to determine through publicly-available court filings.

Does the Saab Miami case intersect with a rumoured sealed New York Federal indictment against the Malta money launderers ? Until more information regarding Elemento and ELEMENTO OIL AND GAS LTD. becomes available, it remains a question.