MALTA'S WHISTLEBLOWER PREDICTS THAT SOME DEFENDANTS WILL COOPERATE 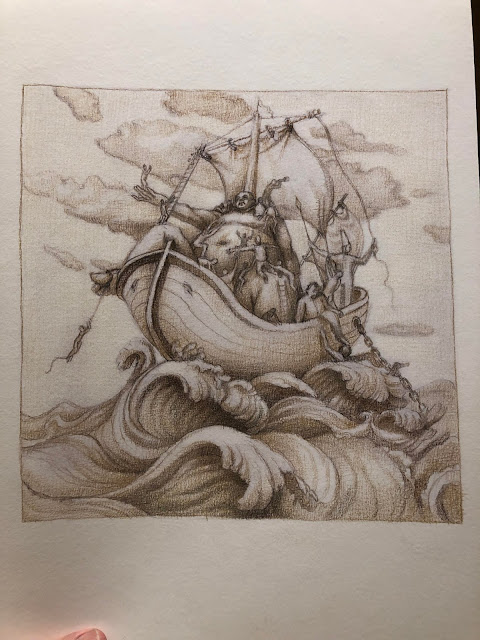 Muscat, Schembri and Cini on their Ship of Fools  by COSIMO

Now that Malta's  major media has reported that his former Chief of Staff has thrown Joseph Muscat literally under the bus, asserting that not only did he know about the criminal activity, but he authorized it, we can expect to see some of the principal defendants in the Times of Malta case will be cooperating. Some of these individual are looking at possible lengthy prison terms, and Malta's prison facilities are not known for being either comfortable or safe. Unsolved deaths in Malta's correctional facilities must surely be on the minds of the defendants.

That's the opinion of Malta's famous Whistleblower, Maria Efimova, who has made this prediction: " I think Brian Tonna or Karl Cini will talk soon." She's not wrong. The pressure to cooperate, and thereby insure a shorter prison sentence, must be intense right now. Cini, who was publicly upset during his arrest, may be the first to flip.

The pendulum, after three years of steadfast and stubborn refusal to assist in any criminal investigation being conducted in Malta, has definitely swung back towards justice, but we haven't seen any convictions yet. As Maria stated, " Many games are now being played in Malta. Let's hope our team will win."

On the issue of Egrant, though she said "Muscat tries so hard to avoid the Egrant inquiry reopening, " referring to his bland public statement, in which he limited his comments to the "official" ruling that his wife, Michele was not the beneficiary, she stated that she is determined  to "protect the evidence," until justice is served, and will decline to make any statements to affect the outcome, " I don't want to say something that later may let him walk free."

Is the Times of Malta case the game-changer regarding the reopening of Egrant ? Only time will tell, but rest assured we will be closely watching how quickly Egrant is revisited, and who takes a fall as the result.