JUDGE IMPLICTED IN MASSIVE SAINT LUCIA LAND FRAUD SCANDAL WAS FROM DOMINICA; WAS THERE SIMILAR FRAUD PERPETRATED THERE ALSO ? 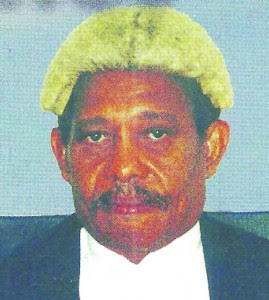 If you have been reading our series on the land fraud scandal we are investigating in Saint Lucia, be advised that Justice, (then Judge), ALBERT MATTHEW, was a native of the Commonwealth of Dominica. Because of the seriousness of the allegations against the late jurist, investigators are reaching out to their confidential sources inside Dominica, to determine whether the St. Lucia land theft type of criminal activity has been perpetrated against Dominica landowners.

We have a report that Judge Matthew was a close friend of Dominica Prime Minister ROOSEVELT SKERRIT, and we have advised the investigators to inquire as to whether Skerrit, or any member of his extended family, acquired title to real property through inheritance from, or through,  a non-relative. Was any real estate acquired by the Skerrit family from a Dominica family who were deceased. or living abroad ? That was the method employed in St. Lucia, where land records were changed, forged or fabricated. 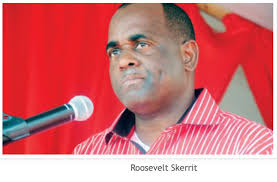 PM Skerrit is known to have very extensive real estate holdings in Dominica, which cannot be explained by his small annual salary and assets. While most outside observers believe that he purchased the properties with the Proceeds of Crime ( bribes, payments for diplomatic passports, money laundering), it is possible he, or his family members, were involved in land fraud similar to that now being exposed in Saint Lucia. We shall continue to investigate Judge Matthew's role; stay tuned.