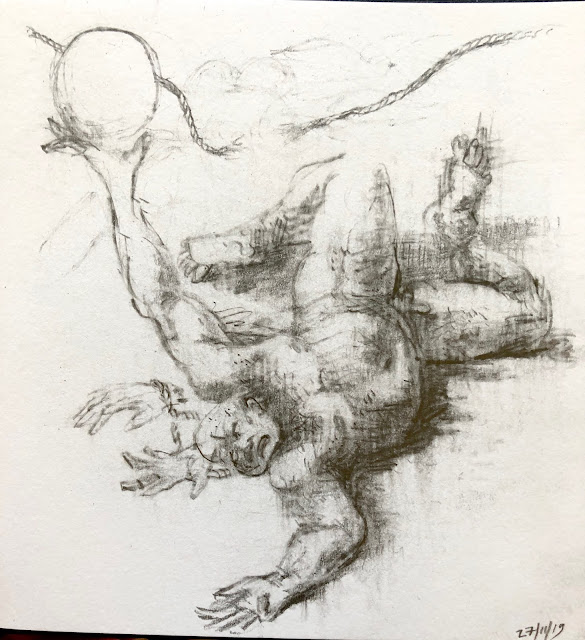 Malta has fallen; will it ever get up ?   by COSIMO

As we previously promised, here are extracts from Maria Efimova's second interview with  Greek media (Reporters United), regarding her experiences with Malta and  Cyprus. While the interview primarily involved  questions posed to her husband, Greek Cypriot Pantelis Barnabas, and the bogus criminal charge Maltese authorities prevailed upon Cyprus to drum up, to pressure Maria to surrender herself in Malta, she had a lot to say on the topics of interest.

Again  we wish to advise that these are unofficial translations from the original Greek:

1." A colleague of Pantelis had told us that at some point they were looking for all the transactions that Pantelis had made all those years at the Bank of Cyprus. In fact, the current warrant of Cyprus is exactly the same as the one issued against me in 2017. It was cancelled by INTERPOL, judging that it was issued for political reasons. Today, Pantelis is accused of the same things,  as my accomplice. I believe that they needed a new category in order for the new warrant to be a little different from the old one in order for INTERPOL to pass it, and they found this with the Bank of Cyprus. I'm sure the warrant is intimidating to me". " When we started, could could not imagine how high this would go".

2. "I have been in contact with Malta for a year about whistleblower status, but I have not yet received a response".

3. "When the prime minister [Joseph Muscat] was forced to resign, I was very happy, because I believed that now, we would be able to get the [Egrant] documents out. Their authenticity needed to be verified, so that I would not be accused of fraud. This certification alone cost €12,000. That's why we started fundraising, as well as for the lawyer, so that I and my family can be protected, so that they cannot condemn me for how I got them. the amount was collected, but, as Pantelis said, the people from the Opposition who would help, disappeared".

4. Regarding whether she thinks they did the right thing, " i believe that things were done in such a way that all this came to the surface. I don't regret".

5."It is devastating to fear that it is the police every time that the doorbell rings. we will fight and i hope that things will change. In both Cyprus and Malta, people now understand very well what is happening".

A final note, when they worked in Malta, one day Pantelis was approached by someone who said 'Hello from Joseph." It was clearly an attempt to intimidate both of them. If you had any questions about who was really behind the bogus criminal charges against both Maria and Pantelis, there's your answer. It's Malta's Godfather himself, Joseph Muscat.