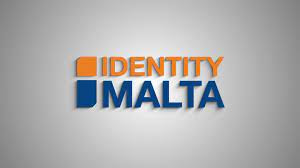 In Malta, Money doesn't Talk; it Swears. If you are a regular readers of this blog, you have read about my previous experience with Malta as World-Check's Financial Crime Consultant. Whenever I wrote an article about money laundering in the Republic of Malta. government officials, mad as a hatter, would reach out and demand that the article be taken down. They always played the $ card. This means they contacted their W-C sales representative, and made veiled threats to the effect that they would not renew the lucrative subscription contracts the company had with agencies of the Maltese Government if the article was not promptly removed. No, we did not remove the bloody articles. I don't react well to threats and extortion.

Fast forward to 2021. You saw the recent news about the 800+ Russians who secured Malta CBI passports. Did you ever wonder why the European financial and offshore press has been easy on Malta in recent years ? it's the same reason Malta's mainstream press was so gentle until very recently; money. The financial and offshore press had financial reasons to close its eyes whenever negative news surfaced about Maltese money laundering and IIM (citizenship by Investment) misconduct in passport sales to dodgy applicants.

It seems that Identity Malta has used substantial subscription fees, payments for pay-walled website access, donations, and other financial remuneration to rein in the financial/offshore press. They know that, should they expose Maltese financial crime, those lucrative contracts would never be renewed. If it sounds like extortion, it generally is.

You can add this illegal/unethical conduct to the covert referrals that identity Malta has reportedly been paying out to anyone who can refer IIM passport clients, irrespective of whether those acts constitute Conflict of Interest or not. Should Identity Malta be dismantled and abolished ? Bloody right. Send all those individuals, with their fat salaries, packing. You also might want to go after those academics at UM who allegedly trained IM staff, for failing to properly prepare them to follow the law.