WHICH BANKS IN MALTA WILL BE CHARGED WITH TERRORIST FINANCING ? 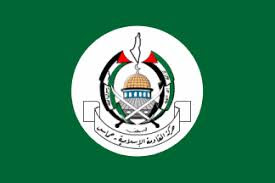 If you read the crime stories in the Maltese media regularly, you know that the authorities are constantly seizing cash, in Euros and other currency, that bulk cash smugglers are attempting to sneak into Istanbul. While some of the smugglers are acting for tax evaders. or common criminals, a large portion of the cash is bound for Hamas' foreign operations centre, which is located in Turkey. Money collected globally, as donations from well-meaning donors, or extorted by Palestinians from affluent expats, finds its way into Malta's financial institutions. Malta's socialist government's open sympathy for Palestinian causes means that there will not be any regulatory or law enforcement inquiry into this flow of illicit capital. Palestinians resident in Malta are involved in the collection, and subsequent movement, of the funds to Hamas in Turkey.

Therefore, any local Maltese banks that are accepting these funds from abroad, and converting the wire transfers into cash, for handing off to the smugglers, are exposed to terrorist financing charges in several other countries, notably the United States, especially where US Dollars are involved. The individual bankers who supervise those accounts can also be charged for willful blindness, as well as facilitating the operations of a designated terrorist organization.

What will it take for this illegal movement of terrorist funding through Malta ? Increased airport surveillance, perhaps supplemented by technical assistance provided by European or North American law enforcement agencies, could take a bigger bite out of the smugglers' operation. Maltese regulators cannot be trusted to police the banks, unless bankers begin to be arrested in Malta, which is doubtful. The problem remains, unfortunately, and Hamas continues to receive funding for its terrorist operations in Israel, and elsewhere.

A note to travelers: if anyone asks you to carry a package to Turkey, politely decline.