HOW MANY OF THE VENEZUELAN MONEY LAUNDERERS IN MIAMI HAVE MALTA CBI PASSPORTS ? 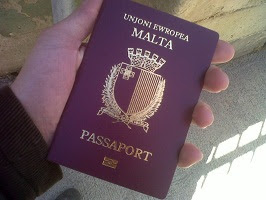 Information contained in the "Passport Papers, " this weeks' leak of documents attributed to the CBI consultancy Henley and Partners has verified yet another link between the Venezuelan money launderers operating out of Miami, the Republic of Malta, and the Swiss banker/laundryman Matthias Krull. Follow the dots, please.

1. FRANCISCO CONVIT GURUCEAGA, a fugitive from justice in the United States since 2018 on money laundering charges,  was part of the team that embezzled money from PDVSA, which was then transferred and laundered through the assistance of Matthias Krull, who will most likely testify against him if and when Convit is in the custody of the Department of Justice.

3.Three of these above laundrymen have pled out, and will be sentenced in the coming months. At that point, we may be able to confirm which actually secured Maltese CBI passports.

4.Remember than a large portion of the millions taken from PDVSA was laundered, initially through Malta, employing Pilatus Bank and Portmann Capital Management. It is not known whether any of the Venezuelans were working with Maltese laundryman at those two entities, and who may have visited Malta during the operations, which would have exposed them to offers of CBI passports.

5. The labeling of the Miami money launderers as Foreign Corrupt Practices Act cases, due to the bribing of Venezuelan officials, rather than strictly money laundering cases, intersects with the long-held belief that Maltese money launderers were FCPA violators first and foremost. Are there targets common to both cases ? 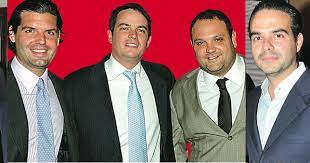 As you can see,  we only have a small portion of the jigsaw puzzle, but one thing is certain; there are a lot of links & connections among Miami money laundering crews, Maltese laundrymen, and Matthias Krull's transnational operation, which we have yet to find. More to follow.