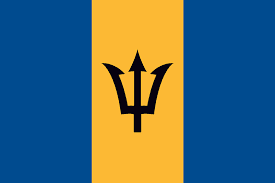 The Department of Justice has announced that DONVILLE INNISS, the former Minister for Industry in Barbados has been sentenced to two years in Federal Prison for three counts of money laundering. Inniss received bribes exceeding $36,000, for  placing insurance contracts with the Barbados Government. He laundered the criminal proceeds through an associate in New York. The District Court also issued a Forfeiture order in the amount he received.

Corruption is rampant among the East Caribbean states, but local law enforcement agencies, improperly influenced and threatened by the senior government officials who are benefiting from this unsavory practice, are unable or unwilling to enforce the law. The United States, which operates under a zero tolerance policy, regarding violations of the Foreign Corrupt Practices Act, is determined to root out corruption where American nationals or residents are involved. Inniss, who was a lawful permanent resident, will eventually be deported to his native Barbados, his residency revoked.

Readers who require additional information about this case are directed to the six prior articles on the subject, appearing on this blog. Use the white search box on the top of the page to access them. This case is of particular interest regarding the FCPA count.